Saban has released this video, which features 20 years of Power Rangers characters morphing through the years.

There has been some controversy as of late regarding the Power Rangers Powered Up! special. Some former cast members were upset that they hadn’t been invited and others (the original blue member) used the event to highlight the sexual discrimination that he experienced as the only gay member of the original cast

Regardless, anyone who grew up in the 90’s or later knows and loves the power rangers. To start off the celebration, Saban has released this video, which features 20 years of Power Rangers characters morphing through the years.

Prepare to be POWERED UP! Straight from Power Rangers headquarters, check out this latest video featuring a legendary Ranger from each of the past 20 years! That’s 19 Red Rangers plus the beloved White Ranger – morphing from one to the next seamlessly! You’ll be taken through the exciting visual evolution, starting with the classic Mighty Morphin Power Rangers all the way through the current season on Nickelodeon, Power Rangers Megaforce. Watch, enjoy and share as we celebrate the 20th Anniversary of the longest running boys action series in television history. Go Go Power Rangers! 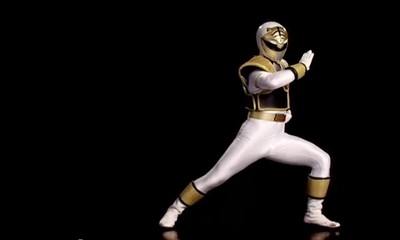