30-year-old Jennifer Christine Harris from Des Moines, is being charged of first-degree arson for setting fire to Jim and Nikki Rasmussen’s house. 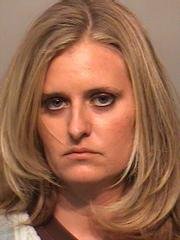 30-year-old Jennifer Christine Harris from Des Moines, is being charged of first-degree arson for setting fire to Jim and Nikki Rasmussen’s house.

The fire broke out in a garage at the Jim and Nikki Rasmussen residence on Oct. 27th at approximately 1 a.m. caused a popping sound and then a “boom.” The Rasmussen family was sleeping at the time but the sounds alerted family members and the family managed to escape.

The roof of the garage collapsed on cars stored in the garage. Other stored property also was lost in the blaze.

According to police reports, Harris had been a long-time friend of Nikki Rasmussen, but were now involved in a dispute.

“… the two are no longer friends due to a dispute over Facebook. According to Nikki, Jen is angry with her because she ended their friendship on Facebook.”

The report goes on to mention a “fake Facebook account.” But Police Detective Jack Kamerick said only that it involved “Facebook issues and kept building and building and text messages that were sent.”

“Things were posted on Facebook,” Kamerick said. “Jen asked Nikki to create an event on Facebook for a party. Nikki did that. As the date for the party approached “there were a lot of ‘declines,’ on Facebook, the detective said. It was looking like the party might be a bust. The dispute apparently blossomed. So when the garage went up in flames, Harris became the first name that occurred to the victims.”