Even if you can’t place his name, Pete Postlethwaite’s face and performances are something you could never forget. 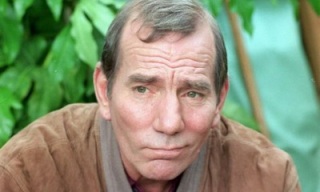 Even if you can’t place his name, Pete Postlethwaite’s face and performances are something you could never forget. He probably first popped up on the radar of most Americans’ back in 1992 when he was in both ‘Alien 3’ and ‘Last of the Mohicans’, but it wasn’t until the next year when he co-starred in ‘The Name of The Father’ that I came to know him as one of my favorite actors of all time.

From then on, whether it was his role as Kobayashi in ‘The Usual Suspects’ or Father Lawrence in Baz Luhrmann’s ‘Romeo + Juliet’, he never disappointed. This past year had been especially successful for Postlethwaite. He had major roles in both ‘The Town’ and ‘Inception’, two films that are almost guaranteed to be nominated for best film at this year’s Academy Awards.

Sadly, Postlethwaite passed away over the weekend after a long battle with cancer. Pete Postlethwaite is survived by his wife Jacqui and two children Will, 21, and daughter Lily, 14. He will be missed.

Here is a clip from an amazing performance by Postelthwaite as King Lear: