With a family tree that is pretty much entirely based in Russia, there wasn’t a single relative’s house that didn’t have at least one set of Russian Nesting Dolls in the house. Sadly, none of them were as cool as this. Andy Stattmiller has taken the Nesting Doll Concept and added a hint of pop culture to make some of the coolest nesting doll sets I’ve ever seen. Some of the sets he’s created include: Star Wars, Simpsons, Ghostbusters, Street Fighter, Pulp Fiction, Breaking Bad, Batman, The Avengers, and more! 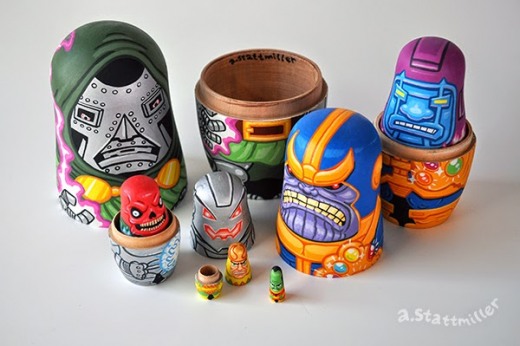 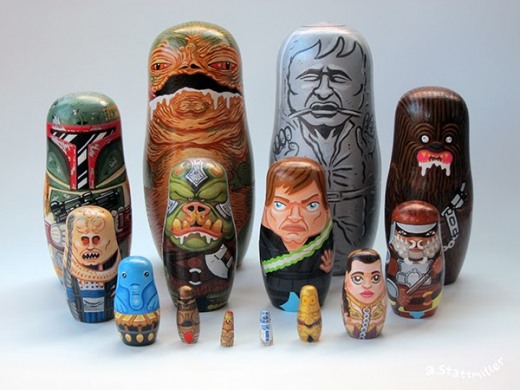 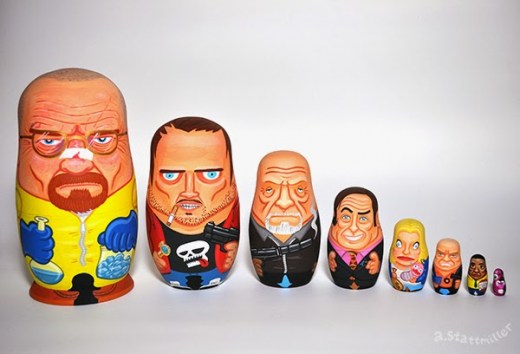 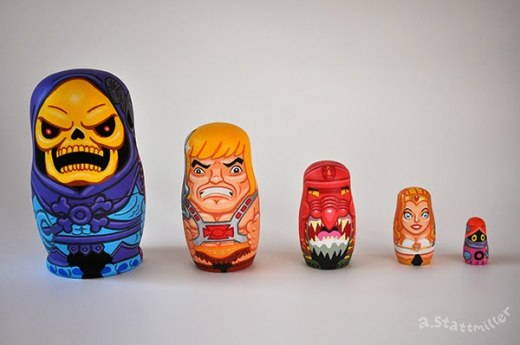 You can check Stattmiller out on his page HERE