Each of these dioramas can take up to seven months to complete. They are created from cardboard, foam, and glue They are then deconstructed and recycled after they are photographed.

Between the years of 2005 and 2015, Lori Nix and Kathleen Gerber produced a stunning series of miniature dioramas that give us a taste of what the world would be like after the apocalypse. the two series were called City and Empire. City focused mainly on the interior of buildings, while Empire gives us a look at broader, exterior views.

“Empire presents a world transformed by climate uncertainty and a shifting social order as it stumbles towards a new kind of frontier,” the pair explain in a statement. “These places are eerily beautiful but also unsettling in their stillness and silence. Long ago, man entered the landscape and forced nature to his will. Once grand and emblematic of strength and prosperity, these landscapes now appear abused and in decay, and it is uncertain how they will continue to (d)evolve.”

Amazingly, each of these dioramas can take up to seven months to complete. They are created from cardboard, foam, and glue. Even more astonishing is that the dioramas are deconstructed and recycled after they are photographed. 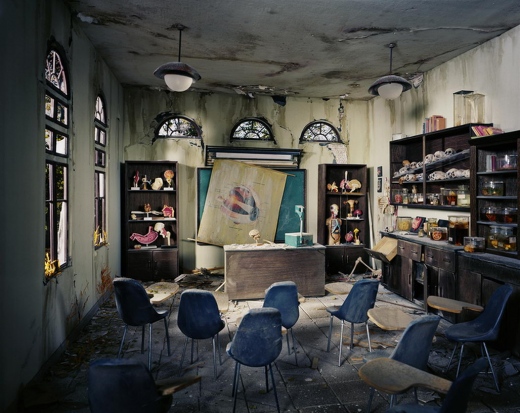 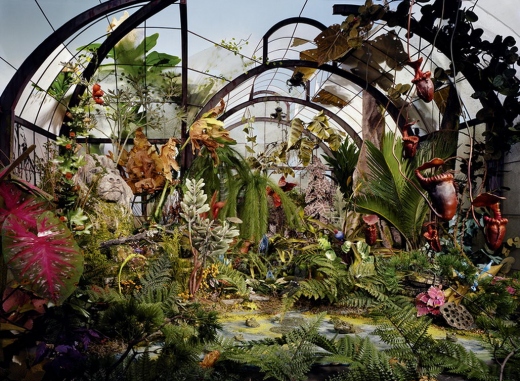 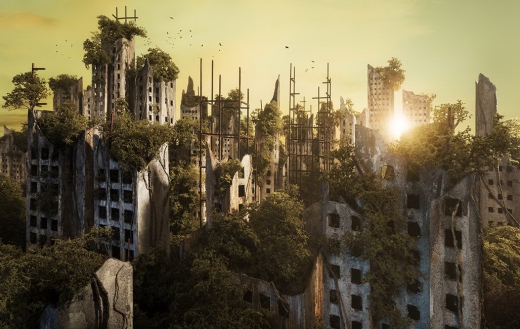 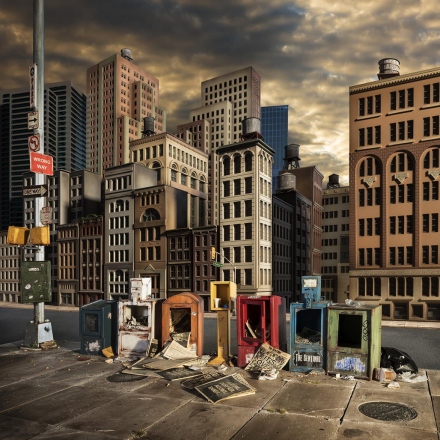