My mother always said, don’t make funny faces because they’ll stick that way. She never mentioned anything about a class action law suit. 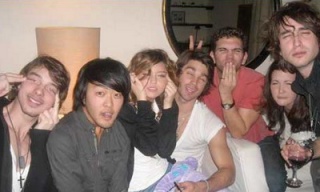 A Los Angeles woman has filed a class action suit against Miley Cyrus, claiming she mocked Asians in a recent photo by slanting her eyes. Price tag: $4 billion.

Kim says in the suit, filed today in L.A. County Superior Court, that each Asian Pacific Islander is entitled to the minimum damages for a civil rights violation — $4,000. Add it up — $4 billion!

One thought on “Miley Gets Served!”