Follow The Leader, And Men With Their Cheating Hearts

I don’t understand cheating. I just don’t understand. Is it for the thrill? Because it’s definitely not FTW unless you define “win” as sneaking around and hoping to God your prenup is airtight.

Remember when we used to play that game back in grade school? Who knew the “leader” when we grew up would be commonly known as “the penis.” Seriously. The penis pointed and the rest of the man followed. This is like the X-rated version of that oh-so-innocent playground game we used to play. Who knew it would mutate into this?!

I don’t understand cheating. I really don’t. Why do it? I just don’t understand. Is it for the thrill? Because it’s definitely not FTW unless you define “win” as sneaking around and hoping to God your prenup is airtight.

A little recap of the men with their cheating hearts :

Yeah….that alone would take up waaaay too much time and space to address them all so I’m going to leave this one alone. 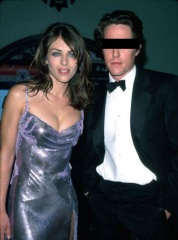 He’s caught dallying with another woman who isn’t Elizabeth Hurley. Excuse me but have you taken a good look at that woman? She is HOT!! Why on earth would you cheat on someone like that when you’re Hugh Grant? Just sayin’. Yes, he’s got baby blue eyes and blah blah blah whatever. She’s Elizabeth Hurley. End of story.

Heaven only knows where the hell he ended up but Halle’s career is strong AND she’s got a beautiful little girl. Love certainly loves her.

Omfg…You know, I’ll be honest and say that I’m actually Team Jolie. Sorry, Jennifer. Angelina is so hot, she was slightly crazy back in the day but ended up growing out of that phase and is now a humanitarian. I love that about her.

I have no idea what the hell Jennifer is doing besides taking more and more layers of clothing off in order to grace the covers of various magazines geared towards men.

Oh and let’s not forget that she keeps dating that weirdo John Mayer.

….I don’t even want to get into this anymore but as weird as I think Kate is (you can’t be all that there when your hair looks like something a bird would build. I have this theory about people and their hair. I’ll get into that another day), no one deserves to be cheated on.

Yeah…his company’s name just went for a whole crazy turn after all his extracurricular activities came out of his pants in the literal and figurative sense. 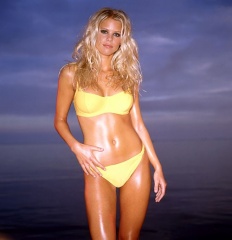 Tiger Woods and what’s Her Face

Okay….so this is the latest one so far.

Again, I don’t understand the whole cheating thing. You’ve got a lovely wife at home who gave you beautiful children. Granted, I have no idea what the home situation is like for Tiger (or any of the rest of the people on this list. Jon and Kate are probably the only ones who I’d have even a glimpse of a clue. I don’t have cable so I don’t watch their show but even when I had access to cable, I would never waste my time on their retarded asses so it’s really a moot point) but again, why did he think this is a good idea?

First of all, he’s one of the most recognized sports players in the world. If he were to dip his wick elsewhere, I highly doubt even someone as private as him could avoid the TMZ people.

But here’s my real beef with all this.

WHO THE HELL CARES?!

I don’t understand why people are obsessing over this stuff. I don’t watch these people’s movies / shows / sports games / etc because I want to know the intricate details about their lives. I like their products!

I support them because I think they’re good at what they do. I could give a flying rat’s ass if they were at Nobu having sushi the other day or if they were seen shopping at some store that caters to the sado-masochistic crowd.

What they do in their personal life is their business and is something I’m not interested in.

Back to my original thought. Who cares if they’re sleeping with their neighbor or their whole neighborhood??!!

Why the hell are the details of Tiger’s indiscretions garnering time and coverage on the news when there are things that are actually important going on in this world?

Whatever happened to “mind your own business”? That mentality must’ve gone the same way as “keep your hands to yourself” because it seems like everyone is dipping their fingers into someone else’s pie.

Bonnie N. Clyde is a writer for YouBentMyWookie.com and the alias of the Supreme Commander / Ultimate Destroyer. When she’s not hating on John Mayer and watching “Ninja Assassin,” she writes in her blog over at MissBonnified.com.