Fraggle Rock has always had a special place in the heart of every kid that grew up in the 80’s. 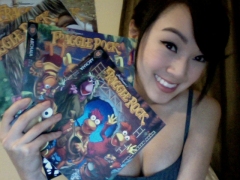 As a kid, I was totally engrossed in the Jim Henson puppet culture of the 80s. The nostalgia nut that I am, I couldn’t waste anymore time to do this post for this week’s Weekly Geekly. Fraggle Rock has always had a special place in the heart of every kid that grew up in the 80’s. We all seemed to gravitate towards the quirky, musically infectious, and adorably awkward characters of this show. I often times thought it was real because of the stories made it seem like they really were around in reality. The seasons stretched out over a span of 5 years, with 96 episodes, so it definitely left an indentation in my brain, and to this day, they are still a classic that I can always come back to knowing that I’ll never get tired of them, it was just that cute and weird! :D

Every episode was a new adventure off in “Outerspace”, which was actually just the normal human world to the Fraggles. Their ways to dodge Gorgs who were the The King, Queen, and Junior their only son, that looked like fuzzy Giant humanoids which always talked about banishing the “pests” (Fraggles) that eat their radishes! The funny thing about this series was that each “world” always had assumptions and discrimination against each other. Hilariously Fraggles called humans “Silly Creatures”. With scenarios like that, every week was an awesomely fun episode to watch. They had a sweet mixture of angry Giants, Fraggles that had problems with each other, and even a garbage dump that was “the Oracle” to the Fraggles named Marjory the Trash Heap. She often gave insight and wisdom to the little Fraggles when they needed it, and as off as it was, it worked! 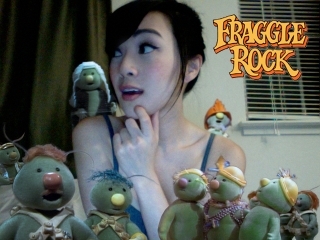 I really had a soft spot for the little workers called Doozers! They always will be my favorite part of the show. The cute little green construction hat wearing round ones were always building away just to have their masterpieces eaten by Fraggles. When I was a kid, I always wanted to eat some of the Doozer sticks, but never could find them sold anywhere! ::frownyface:: Hmmm, I wonder if they taste like solid sugar canes? That’s the only thing I could relate the taste with ha ha. Hilarious, I love those tiny hard workers, they never seem to complain, and were always so optimistic! In a way, Fraggle Rock always taught a lesson, even though not a forward one, it was teaching kids to work together, be gracious, kind to one another, and sticking together no matter what, oh and kicking furry Human ass! :D

I was walking into a local comic shop recently checking out the selections I picked up my usual selections of comics, until I stumbled upon all the Fraggle Rock comics! Man where was I?! In 2010 Archaia Studios Press came out with beautifully done comics, an ode to the original designs and personalities of all the characters in all new adventures and situations. Giddy, grinning ear to ear, I ran up to the counter and had to have them all. So far the comic has 2 series out with 3 issues each year. The third one of this series hasn’t come out yet, so I’m eagerly waiting for that one :D I got so excited to get the issues that it inspired me to make a Doozer card. Its pretty simple and you can totally make this yourself as well ^_^ Just some construction paper, glue, scissors, and your imagination :D Give these lil guys as a card for loved ones or for your friends, I’m sure you’re friends will find it adorable. <3 [singlepic id="24721" w="320" h="240" mode="" float="center" ] In the magical words of Marjorie the Trash heap: "We cannot leave the magic!" So this post is a dedication to a show that lives forever in history as one of the most awesome shows ever made, and still is my favorite nostalgic treat :) Ending this post off with a Doozer song that I think is funny as heck and hilariously cute! :D Click Here to see the Doozers sing “Yes We Can.” 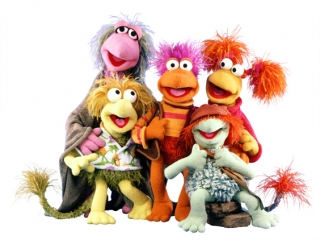 2 thoughts on “Fraggle Rock’d My Comics!”