Why do people get all butt hurt when they lose to a girl? I don’t get it. And why is it that all things girly are portrayed as being negative?

Why do people get all butt hurt when they lose to a girl? I don’t get it. And why is it that all things girly are portrayed as being negative? Examples follow :

It’s always the boys you hear saying these things to one another…like it’s the ultimate smack down of all pwnage if you call them anything vaguely related to a female. But here’s what I don’t understand. Both males and females have an X chromosome but what differentiates us is the presence of the Y-chromosome that rounds out the pair for the boys. So….doesn’t that mean all men are also part female? 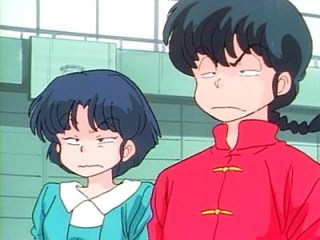 You know. Kind of like how Ranma in Ranma 1/2 was sometimes a boy and sometimes a girl depending on the temperature of the water but in the non-anime world, the difference isn’t so obvious nor does it express itself in such a volatile way. Yes? No? I dunno either but the way I see it, there should a lot less hating on those who possess the double X. …okay, that just sounded so totally wrong. I’m going to stop this train of thought now.

What got me thinking about all this when I was playing online poker. I was playing with play money so it’s not like I just cashed out whatever was left in their retirement plan after the stock market’s swan song and nose dive. It’s PLAY DOUGH. Get it? Play Doh? Play Dough? Har har har, I’m so clever.

Anyway, I had royally beaten this guy’s ass in a head’s up where I went all in and smashed his boat with a bigger, Badder AND MEANER full house. I was actually typing into the chat box the words “Dude, sorry about that. I got lucky” when he beat me to it with a comment all his own…except what he said wasn’t very nice.

“Fuk you, you lucky bitch.”

I was stunned. I consider Texas Hold ‘Em a sport because they show it on ESPN. From what I understand, this channel is like the Holy Epicenter for all things sports related. I, personally, like to think of it as ESP to the Nth degree. Get it? I’m funny. In BonnieLand, this is a sport which means this guy has horrible sportsmanship. Tsk tsk. And how is being a lucky ANYTHING ever a bad thing? I couldn’t figure out if this guy was trying to insult me, come on to me or merely state the obvious because I did get lucky on the river card when I soundly romped on his puny little full house like the proverbial Big Bad Bonnie-Wolf.

In the end, I decided he was trying to insult me because it’s never a compliment when someone is referring to you as a female dog, lucky or not.

I smiled at my computer screen knowing full well he couldn’t see just how wide my grin was and I typed in “Hey. You win some, you lose some and then sometimes you get your ass beat by a girl”. I think I was really nice about it, don’t you?

You know what else boggles my mind? Did you know people will pay REAL, HARD CURRENCY for mass quantities of these fake chips? You wanna know why? It’s for the “privilege” of having a higher ranking next to their name. I simply cannot believe this. The sheer stupendousness of it does not compute in my head. Do they not understand that the site gives away these play chips on a daily basis every time you sign in? Granted, it’s only 2000 chips but hey, those add up. It’ll take a while but sooner or later, they’ll have a happy status all their very own next to their for FREE just for signing in enough times. So why the hell would they pay real money, (money they have to actually work for), for something that will do absolutely nothing for them except make them look sort of cool to people who probably don’t care either way. 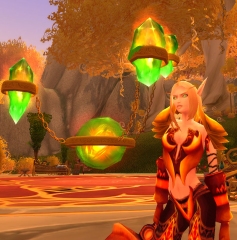 This also has the same distinct feel of Level 3 Retarded as those WoW farms out in China. I cannot believe there are so many people who do nothing more than sit around at home and play a game for the sole purpose of reaping mass quantities of certain objects that, through insane divination and/or inspiration derived from a lethal combination of extreme sleep deprivation and near toxic levels of energy drinks, have been proven to show up consistently on certain areas of the map. …or they could just go on Google and see all the different sites that come up instantly telling where and how to best farm whatever your little heart is desiring.

As if that isn’t bad enough, people will also pay real currency on auction sites for rare objects…in games….that do nothing more besides make your character that much cooler. But here’s what I don’t understand. You aren’t your character no matter how cool he/she/it is or how badly you want to be them. It’s like no matter how hard I dream or wish upon every single freaking falling star I stalk down in the night sky, I will never be the heroine in one of those Asian dramas who is torn between choosing which ridiculously good looking man she’s going to be with. These men are all certified Epic Dreamboat material which means you could immediately bring home to your parents because you know your Daddy won’t have to bring the guns out… and they all love her like you would not believe.

Not going to happen despite how many times I watch those dramas. My chances don’t increase even if I could memorize the entire series in a language I can’t understand without the aid of subtitles submitted by legions of rabid fans who have nothing better to do than dedicate massive portions of their lives translating these delectable morsels of girl pr0n for my viewing pleasure. I thank God everyday for these faceless people who give so much of themselves in the name of entertaining me.

People amaze me. They really do. And this is why I am never bored. There is always someone out there fully capable of entertaining me whether they know it or not even if it’s something as random as “You’re such a chick, bro”. I highly doubt they will ever fully understand why I start bursting out laughing or why my lips split into a Joker-type smile. They probably think I’m nuts but that’s okay because they have no idea how their dig on each other is actually hitting closer to home than they think… kinda like the Shania Twain song I used for the title of this article. Aaaaah….boys. They add so much to my day and bring me such joy. Gotta love them.

One thought on “Man, I Feel Like A Woman”