“The Glass House” Needs To Be Shattered

Diablo 3 has released me from its clutches and, after watching ABC’s “The Glass House”, I can see that I’m not missing much on TV. 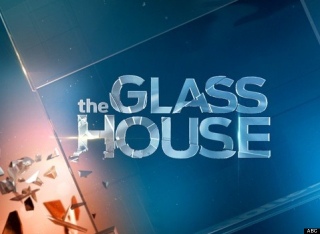 I’m alive. Diablo 3 has released me from its clutches and, after watching ABC’s “The Glass House”, I can see that I’m not missing much on TV.

I’ve been bombarded over and over again by really bad commercials about why I, the viewer, should watch ABC’s “The Glass House”. The first time I saw the commercials, the only thought that stuck with me was “Hm….this looks super stalker-ish. The theme song should be ‘Every Step You Take’.”

The next time I saw the commercial, I thought to myself, “Hm. So the show is about these shadow-y strangers I don’t know and I get to make them do stuff? Is this even legal on TV? And why does this kind of remind me of part’s of Cirque Du Soleil’s ‘Zumanity’?” You know. The parts where there’s this filmy partition and you more or less only see human shapes writhing about. If that’s what “The Glass House” was all about, I thought it was pretty racy for TV…and what does it mean that I’ll be able to control what they do? Sounds kind of creepy.

I accidentally watched the first episode because I was channel surfing. What the hell was up with having the players come up through this weird tube thing? I couldn’t make up my mind if they’re coming up from the bowels of the Earth or if they were being beamed up maniacally slowly up to the mother ship.

I can say that I feel like I’ve wasted an hour of my time and I demand a refund. This show sucks. The only things that I like about the show is that all kinds of people from all walks of life are portrayed.

It’s refreshing to see a member of the uber-brainy people, MENSA, mixed in with a Hi-I-Posed-For-Playboy-So-That-Means-I’m-Hot-And-I’m-A-Nurse-Too, a pair of 40+ year olds, a smoking hot female with brains (she was a psych major), Apollo the Poet, hunky policeman, a gay man who’s “holding down the hot fat gay guy thing” along with a couple of complete douches.

That’s it. That brings me to why I don’t like the show. 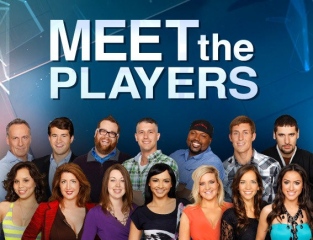 Too Much Douchebaggery = I Can’t Watch Any More

What the hell is up with the two dorks, Alex and Jacob? They’re like Tweedledee and Tweedledum’s long lost cousins – Tweedle Dumb and Tweedle Dumber. Let me tell you something. Just because you can strut around the roost like a peacock, bang your chest and scream “WE’RE THE DOMINANT MALES!” does not make it true.

How the hell can Jacob from Oregon NOT KNOW THAT OREGON IS PART OF THE WEST COAST? Dude, you grew up there. You should at least figure out which ocean your state borders, you dummy. And this is why our nation is no longer topping the lists as Most Educated And Full Of Smart People. Thanks, Jacob.

And Alex. Dumb dumb dumb Alex….you know, you’re not making your homestate of Texas look good. Why the hell he felt the need to exclaim every time he was alone in front of the camera “I’m the real deal” whatever is beyond me.

One of the pair might’ve been okay for the show. After all, every reality show needs a douchebag. But two? That’s just one too many! I understand Alex wants to become the next Omarosa but….why? I mean, where is she now? Does anyone know? There’s a fine line between being a villain and a douche. Alex, alas, doesn’t seem to grasp that just yet. Maybe it’s too late. God, I hope it’s too late.

The way the commercials were created led me to believe that I’d be like some weird Puppetmaster-From-Afar and my votes would control every aspect of these shadowy people’s every day. I thought it was like an unscripted soap opera that we, the viewers, would get to control. If they players didn’t perform to our liking, OFF WITH THEIR HEADS!!!

That was kind of neat because I had no idea how ABC would pull that off and so I was intrigued. This was so not the case.

Instead, I was served up a crappy TV show that ate away an hour of my life. I am not pleased.

Let me just spare you from wasting your time on this show. Don’t watch it unless you’re getting paid to do so.

Bonnie N. Clyde is a writer for YouBentMyWookie.com and the alias of the Supreme Commander / Ultimate Destroyer. When she isn’t rotting her brain with awful “reality shows,” she writes in her blog over at MissBonnified.com