I remember listening to rock music when I was young to guys with beards, long hair, and rad ripped clothes, while rocking out so hard on their guitars it looked like their heads were about to fall off. 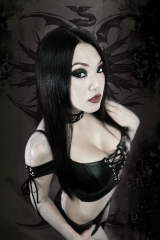 I clearly remember listening to rock music with my father back in Oklahoma. I was really young, checkin’ out bands on MTV that sang songs that had guys with beards, long hair, and rad ripped clothes, while rocking out so hard on their guitars that it looked like their heads were about to fall off. From then on that seed of hardcore music grew in me and stayed with me. What once was a love for rock turned into heavy metal as I grew older. Bands like Slayer, Iron Maiden, Black Sabbath, Manowar, Judas Priest, Pantera, Sepultura, and Metallica, just to name a few, molded me into a metal head that I am from my pre-teens until now. Listening to Metal drives every part of my day, even while I work on cosplays. I have a tendency to work better while listening to metal, and well everything is else becomes better actually. So when it came to cartoons, metal has never really been brought justice in animation better than by Adult Swim’s Metalocalypse. 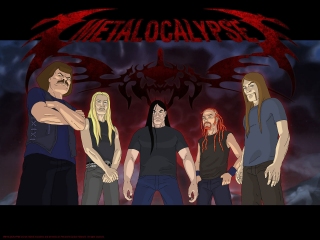 Metalocalypse first aired on TV, late summer 2006. I clearly remember this day, because I just came home from work and was pretty tired. I rolled my fire engine red hair (at the time) up in a bun and flipped through the channels on TV. I always made a stop on Adult Swim to catch Aqua Teen Hunger Force but I saw there was a new show on, that had some dudes in t-shirts, that had randomly dispersed metal music blazing in the background, and a guitar riff that would play every time they would talk. I was like, what the heck is this awesomeness?! I learned later it was a show created by Brendon Small and Tommy Blacha, which also included music that was made and played by Brendon Small. The show was genius and I was hooked. 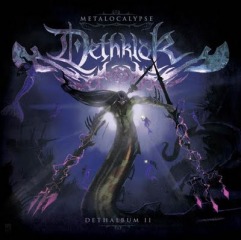 Not only did they have metal and a cartoon combined in a series, but it was actually pretty good metal, that sounded like some stuff I would like to listen to. They also reenacted tons of things that I would encounter as being pretty legit. The show consists of a Death Metal band named Dethklok, and it’s members; lead singer Nathan Explosion, Skwisgaar Skwigelf, Toki Wartooth, William Murderface, and Pickles The Drummer. These guys have a manager named Charles Foster Offdensen, which does his duty to get where they need to go quick. The guys each have their own way of communicating with one another that seem to play off hypocrisy in real life, and also pokes fun of stereotypes of metalheads in a light that is actually sometimes true. I like that they keep the content raw, and music non cheesy, and pretty accurate of how some concerts seem to feel like live. Although in the cartoon attendees have to sign a “pain waiver” at the show, if they get hurt while mashing to their music, so Dethklok isn’t legally in trouble if someone in the crowd gets killed. (YEP that’s in the cartoon ha ha) Dethklok tends to always have some kind of crazy travesty happening around them. But they are like any famous metal band, they can get away with it with their awesome power over the system. They are also always endorsing products, and every time they do its CHA~CHING! For this metal band knows no limits in their fame, and they know it.

Some main things that stand out to me in this cartoon is the feel that is evident in every episode is their consistency of their characters. There is also constant conflict, chaos, and rivalry battle! Metalocalpyse never gets boring, and always quick witted humor that often times is a slap in the face each band member. There is no perfect character, and there is no person that is incredibly smart either, which makes it hilarious. The pace of the show isn’t fast, but more so like you’re really hanging out with the band members and watching them go through their girl trouble, legal battles, fights with one another, and of course awesome sold out concerts. The tone of the show never changes, and that’s what I really like about this show, it stays METAL all the way through! 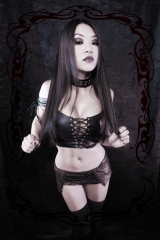 Dethklok doesn’t stop there either, which is awesome because not only is the music in the show good, but when they actually came out with an album, i was more than ready to snag one up and blast it. The music heard on Metalocalypse is performed by Brendon Small and sometimes with others when they are needed. The first official Dethklok album was released on September 25, 2007, entitled The Dethalbum. two years after DethalbumII debuted and won me over and qualified me as DETHKLOK crazy. They also toured with Mastodon, High on Fire and Converge. Brendon Small and drummer Gene Hoglan performed on both albums. So thus ending my entry for this week dedicated to my long time love for all things DETHKLOK, REAL AWESOME METAL, AND CARTOONS. If you don’t watch it, Ill smash you, really nicely. :) You won’t regret it, promise. Sending you guys off with one of my favorite songs on from DethKlok , “Awaken”.