MissBonnified Wants To Be A Billionaire So Effing Bad…

I’ve never really understood what that means since I don’t know what it feels like to have a six digit bank account. What exactly do billionaire’s do? 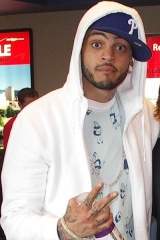 Unless you’ve been living under a rock completely cut off from civilization this year, chances are you’ve heard Travie Mccoy’s (featuring Bruno Mars) song about wanting to be a billionaire. I’ve never really understood what that means since I don’t know what it feels like to have a six digit bank account. What exactly do billionaire’s do? I love cars as much as the next person and purses/shoes/coats/bling as much as the next girl but I figured there’s only so much I can buy before I’d get bored.

And then my friend posted this article on his Facebook. That was my “Ah HAH” moment. Billionaire’s build billion dollar homes!

Check the specs of this house courtesy of the article :

“With 27 storeys, Antilia will be home to Mukesh Ambani and features a health club with a gym and dance studio, a ballroom, at least one swimming pool and a 50-seater cinema. Towering above the Mumbai skyline, the 37,000sq ft property is 570ft high and also boasts three helipads on its roof, space for 160 vehicles on its lower floors and nine lifts.”

I can almost see the thought bubble above the owner’s head. “Recession? What recession? Not in my house!”

Don’t get me wrong. This guy, I’m sure, worked hard for his money and he can spend it however he likes. I’ve seen pictures of what the interior is supposed to look like and all I can say is “Really tacky looking hotel decorating.” Nothing about the photos in the article makes me think this is a home. I would totally believe someone if they showed me these pictures and told me it was a hotel being built. But a home? It looks more like something you showcase, not live in. And what’s with this obsession with crystal chandeliers?

Also….does no one else think the structure of the….”home”….looks like a half forgotten game of Jenga? 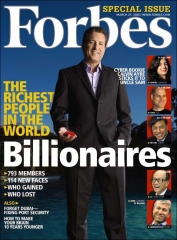 Whatever. I’m not the one who’s going to live there.

And then I started thinking. A few weeks back, a coworker asked me what I would do if I won the lottery. I think the jackpot back then was over the $100 million dollar mark. I didn’t even blink before answering.

“I’d get a decent sized home 3 bedrooms but no more than 5 with at least 4 bathrooms. This home would be in a good neighborhood. I’d like a 3 car garage, a pool, a garden where I can grow some fruit trees and vegetables. This home will also have a den outfitted with a pool table, wet bar, giant flat screen TV and huge sofas. I also want a small guest house on the property for family and friends to stay in if they’re visiting. Oooh…or maybe one of those nicer loft buildings in which I’d have a large lanai for some plants. I’d pay off my credit cards, share a bit with my family, donate some to charity and stick some away in a diversified investment portfolio. I’d buy a bunch of real estate all over the world. I’d also start a business but only after I go for a bender of a vacation.”

My coworker was like “Wow….I see you thought about this.” Duh….you think? He then asked me why I wouldn’t blow it on a bigger house, like one of those crazy estate mansions sprawling over entire hilltops in Beverly Hills and buy a bunch of super fancy cars. After all, I’d be a newly minted multimillionaire. The answer is simple. The upkeep would eat me out of house and home! I cannot even begin to imagine how much that would cost me. The water bill alone would be crippling, not to mention the small army of housekeepers and groundskeepers I’d need to employ to prevent my home from looking run down.

As for the cars, I figure I can only drive one of them at a time. Ditto with my husband when I get married. What, exactly, am I going to do with more than 3 cars? I don’t want to fork over money to insure cars I can’t drive. I’d want to live modestly and not extravagantly because I want to make sure I will enjoy life in my golden years.

Call me conservative but hey. My ass won’t be broke and scraping pennies when I’m pushing 70 years old!

Like I said earlier, this guy earned his money and he can spend it however he wants. The same friend who posted this article thinks the helipads will come in handy when his home is stormed by angry peasants. I’m going to say I’m right there with him in thinking the same thing because it’s not like his home is tucked away in some obscure hill in the suburbs. Nope. This genius decides to build this 27 story monstrosity smack in the city. You know. Where everyone can see it.

Bonnie N. Clyde is a writer for YouBentMyWookie.com and the alias of the Supreme Commander / Ultimate Destroyer. She wants to be a billionaire and hopes to do so through blogging so support her and check out her musings over at MissBonnified.com.