Recap Of What I’m Watching This Year: ‘Smash’ & ‘The River’

What is going on this year?? There are so many new shows that are actually good to watch! I think I have two more new ones to obsess over.

What is going on this year?? There are so many new shows that are actually good to watch! I think I have two more new ones to obsess over. 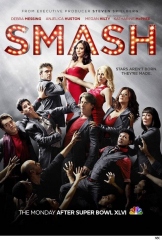 It was really hard to watch a show without being bombarded by commercials about “Smash”. I don’t know if they did a bad job making the commercial or what the problem was but it didn’t make me want to watch it.

Maybe they should’ve taken a page from “New Girl” because THOSE commercials were hilarious (granted, it was basically the entire first episode chopped up into little pieces but still. Hilarious) and made me pee my pants until it finally aired.

“Smash” didn’t do that for me. I still watched it because I wanted to see what the big deal was….and now I understand…

At first, it felt like “Glee” graduated college and is trying to make it in the big, scary world known as New York City’s Broadway. Then, Debra Messing came on and it felt like “Will and Grace” but now they’re middle aged.

And then “Smash” took off on its own legs. I didn’t watch “American Idol” when Katherine McPhee was a contestant and I’m kind of glad. This was my first introduction to her and she is PHENOMENAL. Who knew she could act? But act she can….or, at least, she can act the part of someone who’s life kind of parallels her own up to a certain point.

Megan Hilty is….wow. Period. End of story. I wish I could sing like them. :(

I didn’t grow up in New York so Broadway kind of shows never dominated my life in any way….but, after watching this show, I kind of wish it did.

I can’t wait to see more of this. I also love Marilyn Monroe. Btw, Smash > Glee. Glee sucks now. Actually, Glee started to suck in Season 2 and officially lost my interest by the time Season 3 came
around. 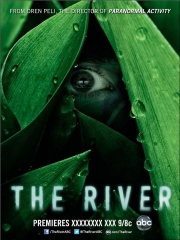 While “Smash” was splashed across my TV in the form of commercials, “The River” somehow managed to fly under the radar. I accidentally turned the channel and found myself watching it.

Now, I tell Clyde all the time that I hate scary movies and scary TV shows…but I’m beginning to think he was right all along – I actually like it.

I hate it but I love it.

I hate that it scares the crap out of me but I love the storylines and have an impossible need to know what happens next. Luckily for me, I have my blanket with me on the sofa juuuuust in case I need something to hide under.

“The River” is something I haven’t really seen before on TV. It’s like all those “Blair Witch”-ish / “Paranormal Activity” movies got mixed up with a little bit of “Event Horizon” and decided to turn
themselves into a TV series.

The storyline is really good (so far) and it is scary. From Wikipedia :

Famed explorer Dr. Emmet Cole (Bruce Greenwood) went looking for magic deep in the uncharted Amazon and never returned. The shocking truth about his disappearance is out there, somewhere, just waiting to be discovered. To the millions of kids who grew up watching his nature show, Dr. Cole was a hero. To his own son, Lincoln (Joe Anderson), he was more of an enigma. Now, six months after he vanished, Lincoln is finally ready to bury the past when Dr. Cole’s emergency beacon suddenly goes off. At the urging of his mother, Tess (Leslie Hope), Lincoln reluctantly joins her on a search for his father. To fund the rescue, they agree to let Dr. Cole’s cagey ex-producer, Clark (Paul Blackthorne), film the mission documentary-style. The mixed crew of old friends and new acquaintances includes the sexy and resourceful Lena (Eloise Mumford), loyal mechanic Emilio (Daniel Zacapa) and lethal bodyguard Captain Kurt Brynildson (Thomas Kretschmann).

…okay, so the description of the show doesn’t sound scary….but watching the show made me wish Clyde was home. I think it’s because of the way it’s shot. I never know when the scary thing is going to leap out at me so I want to close my eyes because I’m scared… but I can’t because then I’m going to miss the scary thing that’s leaping out at me!

I think I seriously spent a good half of each episode hiding behind my cell phone, hiding under my blanket or sniffling because Clyde wasn’t at home to watch with me.

Needless to say, I’m seriously addicted. The episode with that CREEPY tree of dolls was what did it. It was, by far, one of the scariest things I’ve seen on a TV series. Ugh. * shudder *

Btw, that island is an actual place. It’s in Mexico. I think it was either in an episode of “Bizarre Foods” with Andrew Zimmern.

And, on a last note….yay for another show being filmed in Hawaii! Alooooooha!

Bonnie N. Clyde is a writer for YouBentMyWookie.com and the alias of the Supreme Commander / Ultimate Destroyer. When she hasn’t pitched tent in front of her TV, she writes in her blog over at MissBonnified.com