Sprint – The Other Love In My Life 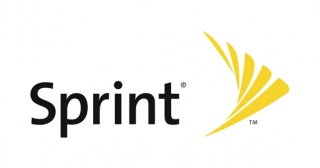 I’ve been faithful without cheating on Sprint since 1999. I can still remember my first carrier. It was VoiceStream in Honolulu. I had the clunkiest Ericsson phone (that’s right. This was before they married Sony) with the flimsy flip down mouth piece thing. I have to say I loved that phone even though you couldn’t customize it all crazy like the Nokia ones. Yeah….remember when Nokia made the coolest phones that everyone and their mothers had to have? Whatever happened to them?

You know what else I remember? I remember the Minute Reminders. For those of you too young to remember life without a cell phone, allow me to tell you how ghetto I used to be.

Back in the late 1990’s, I had a cell phone when it first came out and it was ex.pen.sive. I can’t remember what the rates were (was it something like 10 cents per minute? Or was it 25 cents a minute? I forgot) but I do remember thinking I was gonna have to start selling organs or something to pay for my bill.

What stopped me from hawking a kidney on the black market was the Minute Reminder. Way back when, incoming calls were FREE….for the first minute. Most cell phones came equipped with a handy dandy feature that would beep at the 50 second mark. That means most of my conversations were like the following:

Girlfriend : * sobbing * Oh my God! Bonnie, why would he do that to me? Why would he be such a jerk and leave me like that?
:: cell phone beeps ::
Me :: OnmyGod, I’ve no idea but my phone beeped SO CALL ME BACK RIGHT NOW!!!

Me :: * checking my phone * Aw, hell… nevermind. We went past a minute. Okay, continue and call me back when I tell you my phone beeps again.

Girlfriend :: * sniffle sniffle * Okay….so like I was saying….why wouldn’t he just….”

Me :: Hey, yourself, Mr. BlahBlah (I can’t remember their names). What’s up?
Boy :: I was wondering…what are you doing Friday

Me :: Uh….what time exactly did you have in mind? I’m pretty busy.
Boy :: I was thinking maybe dinner and…

Me :: Uh huh uh huh, sounds great. My phone just beeped so call me back right now and I’ll tell you, okay bye.

So what does this have to do with anything? Simple.

Here’s the breakdown of my phones and carrier so far :

God, I loved that phone. I felt like such a pimp when I had it back in the day. I felt especially pimpstress when screaming “I SAID TO CALL ME RIGHT NOW, BIIIAAATTCCH” when my minute minder went off. Ahahaha!

That’s right. I had that clunky phone for 6 YEARS, BABY!!! That garage door opener of a phone was hideously out of style, unwieldy and I broke the antenna but it still worked. That thing took a beating but never failed me. I’ve dropped kicked it across the room, I’ve dropped it in water, I threw it at stuff…and it continued to work.

My friends had the sleekest and most expensive phones on the market back then but my resilient baby proved more reliable than their shiny new phones. I was sad when I had to retire him because they suuuure don’t make ’em like they used to. These new phones die in a year or two. Jeezus…you’d think something that cost so much would actually last a few years.

I liked this forgotten phone because it had a CAMERA WITH A FLASH…and a camcorder. Too bad I didn’t like it for that long. I still missed my TimePort.

I didn’t like this phone. I liked the touch screen aspect of it….that is, until it deactivated itself and my phone was rendered useless….the day before I had to get on a flight to New York. That was annoying. And then the replacement screen cracked. I decided I was through with touchscreen phones when I noticed the 3rd one’s screen was starting to separate from the body. Oh, heeells no.

I love the BlackBerry. Once I mastered typing on the itty bitty keyboard, the internet was not safe from my random postings because I could type like greased lightning on this thing! I love my BB…except I don’t like how certain apps show up nor do I like having to reset the damn thing all the freaking time. 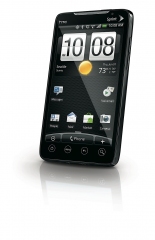 This is most problematic when my ass driving to somewhere unfamiliar and I’m relying on the GPS program to guide me. I’m driving around for 30 minutes when it dawns on me that it shouldnt’ take me longer than 15 to get to where I gotta go. I pull over off the freeway to check my phone (I’m responsible!!).

Lo and behold…the unhappy hourglass symbol is turning cartwheels across my screen because it decided to freeze up. Faaaantastic…

I thought about getting another BlackBerry (specifically, the BlackBerry Tour 2) but for some reason, I didn’t like the one Sprint offered. In fact, I was beginning to think about jumping ship because I didn’t like most of the phones they carried. It seemed like AT&T and Verizon always have the hottest phones.

….and then HTC is coming out with the HTC EVO 4G. Omg….I can’t wait….this is like sex for cell phones. I must have it. June 4th, you know my ass will wake up extra early to get one of these.

Hello, you gorgeous piece of hardware….I believe my ear and fingers will be making your acquaintance soon…* drool *

Sprint, I guess you and I can continue our decade plus relationship after all.

Bonnie N. Clyde is a writer for YouBentMyWookie.com and the alias of the Supreme Commander / Ultimate Destroyer. She writes in her blog over at MissBonnified.com and is currently camped outside a Sprint dealership waiting for her HTC Evo.