YBMW RANT: Ever Wonder What The Best Dance Number In A Zelda Ad Was?

YBMW Correspondent CP_Lorusso takes an in-depth look at How America sucks compared to Japan when it comes to ad campaigns for video games like the classic Zelda: A link To The Past.

A question most of us have never considered is why weren’t there more dancing in the TV ads for ‘The Legend of Zelda: A Link to the Past’ on the SNES. As usual, the Japanese go all out and kill it with this insane Thriller inspired Zelda ad from the 90’s. How did this never make it to our televisions sets as we watched out Saturday morning cartoons and ate Boo Berry? What were the USA ad companies thinking making the shit they fed us??? Compare for yourselves.

Compare it to the US ad:

Seriously, who the hell thought that stupid-ass ‘Deathstalker’ wannabe ad was better than re-creating or just re-dubbing this insane and wonderful piece of sick Japanese gaming crazy. I had a pulsing nerd boner the whole time for all is sheer Zelda-ness. It doesn’t hurt that the princess was looking fine as wine; wink, wink, nudge, nudge. 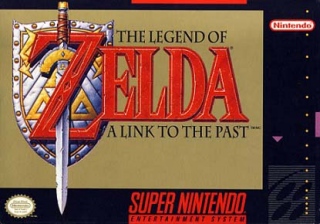 It’s the ultra ‘blandening’ of everything cool by stuffy, old, fat rich dudes. Seriously, was this video passed around at Nintendo USA HQ and everyone huffed and guffawed till one lone board member stood and said “How dare they make something awesome! If we show this to the children they’ll rise up and destroy us in a fiery riot of RADICAL!!!” The other board members agreed in a fury of claps and harrumphs! Thus was born the tamer and lamer ‘Zelda: A Link To The Past’ ad campaign.