“I’m anticipating a mutant love-child combination of Willy Wonka and Jack Sparrow. What do you think?” 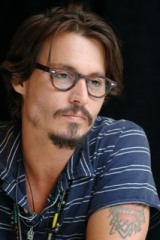 I like Johnny Depp. I loved Gilbert Grape and Edward Scissor Hands. I liked all the Pirates of the Caribbean movies. I even liked Nick of Time. I haven’t seen Sweeny Tood because I won’t see it without Angela Lansbury who rocked the old stage version. That said, I hated Willy Wonka. It was like he was channeling some post Jesus Juice Michael Jackson. Sometimes you just let a movie be. It doesn’t need to be remade. It is perfect just the way it is.

Tim Burton disagrees with me. Just like he did with classics like Charlie and the Chocolate Factory and Planet of the Apes, Burton is now putting his spin on Alice in Wonderland. According to Reuters, none other than Johnny Depp will be playing the roll of the Mad Hatter. I’m anticipating a mutant love-child combination of Wonka and Jack Sparrow. What do you think?

The same article also states that Johnny Depp will be playing Tonto in Jerry Bruckheimer’s new Lone Ranger Remake. Jay Silverheels is spinning in his grave.

One a brighter note, he’ll be joining the late Heath Ledger, Tom Waits, and Colin Farrell in Terry Gilliam’s: The Imaginarium of Doctor Parnasus sometime in 2009.