The Joker laughs his way into theaters on October 4th.

There are more questions than answers about Todd Phillips new take on the origin tale of Batman’s biggest villain, the Joker. We’ve seen set pics and heard stories about Joaquin Phoenix locking a group of extras in a subway train, but now we are close to getting our first look at a trailer for the film that is supposed to be more like The King of Comedy and Taxi Driver than anything comic book movie fans have ever seen on the big screen before.

To get things rolling for the new trailer tomorrow, Todd Phillips took to Instagram today to show off the first Poster for The Joker and it looks much more Jokery than any of the set pics we’ve seen of the film’s star. Along with Phoenix, The Joker stars Zazie Beets, Robert De Niro, Marc Maron, Shea Whigham, Frances Conroy, Bill Camp, and Glenn Fleshler. The Joker laughs his way into theaters on October 4th. 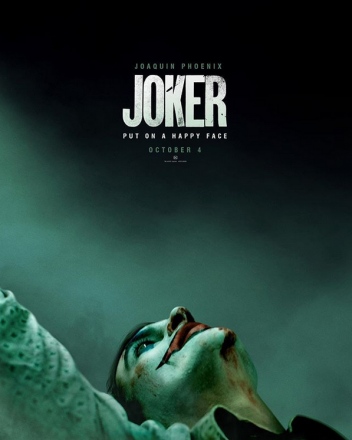