HBO’s Game Of Thrones Renewed For A Third Season

It took a little longer than expected, but GOT will be back for at least one more season! 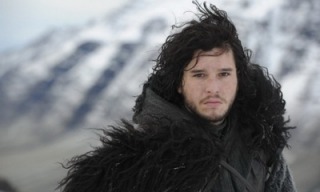 It took a little longer than expected, but GOT will be back for at least one more season! In a world where some series get picked up even before they premier, it was pretty shocking that HBO waited until a few episodes had passed before making the announcement. That said, with viewership like this, there’s no way that they could not renew the show.

When season 2 premiered, it cam back with 3.9 million viewers. That is a 74% increase from season 1’s premier. The second episode had 3.8 million viewers. Having that little drop off after a season opener is nearly unheard of.

Here is what HBO’s director of Programming, Michael Lombardo had to say about the renewal:

“Series creators David Benioff and D.B. Weiss raised our expectations for the second season – and then surpassed them.”