“I have actually finished a draft and I’m redoing it now. I think it’s in really good shape. We’re in a very good place…

An interview came out today from Yahoo Movies with Joss Whedon. In it, we got some great news about the script for the next installment of the Avengers, which is supposed to start filming in February, and some of the new characters that may appear in them.

On the script:
“I have actually finished a draft and I’m redoing it now. I think it’s in really good shape. We’re in a very good place… It’s going really well, eventually someone will explain to me that it’s not and pull me out of my bubble. I’ve been writing and meeting with actors and we’re starting to storyboard, all the preliminary processes. This is the part where it’s all still fun.”

In the interview he also dropped a bomb about some new characters who may be joining the cast:

“I’ve got these two characters, two of my favorite characters from the comic book, a brother-sister act. They’re in the movie.”

Odds on bet is that he’s talking about Quicksilver and the Scarlet Witch, the mutant twins who are the children of Magneto and sometime members of the Avengers and the X-Men.

The question here is who has the film rights to them. If it it comes down like Silver Surfer, Marvel can’t use him in their Disney films because Fox has the rights to him attached to Fantastic Four. However, they have both spent more time on the Avengers than they have hanging out with mutants, so there is a solid chance that Disney could have access to them. 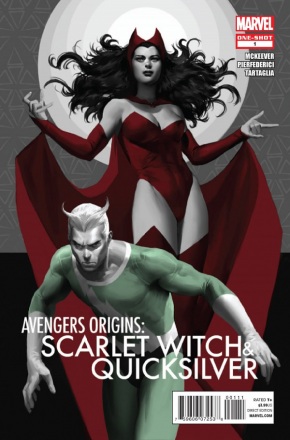