This is a great day for the man without fear!

This is a great day for the man without fear! Daredevil has been languishing over at Fox ever since the horrible Ben Affleck movie that made most fans wish they were also blind. There were some failed attempts at a reboot, but it looks like nothing ever really came of it and now, the movie rights have reverted back to Marvel!

Until now, the best bet at a good Daredevil movie was the one that David Slade was trying to make back in 2011. Sadly, slade left to make the NBC show, Hannibal, which I’m still trying to decide if I like or if it is just too god damned slow to hold my attention. There was another hail mary attempt to have Joe Carnahan take the reigns, but it just wasn’t meant to be. He would have had to start shooting without a finished script and that is just a recipe for crap.

The news of the switch comes thanks to Newsarama, they asked Kevin Feige at the Iron Man 3 junket if the rights had reverted to marvel and he said “Yes.”

Does this mean that we could see Daredevil in the Avengers 2, or maybe even in a stand alone film as part of Marvel’s phase 3? I guess we’ll just have to wait and see. 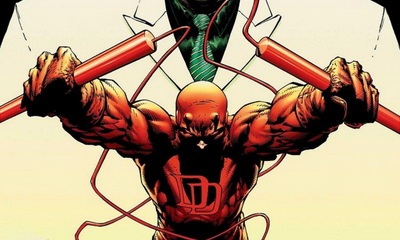