Potential Spoilers ahead. Be warned!

Twitter user, Batmancansee you, has snagged some really interesting pics off the set of The CW’s Flash. The main images I wanted to share with you were these. The first one shows Barry seemingly unmasking Wally West who we announced yesterday would be Kid Flash. The bigger news has got to be the image snapped of Todd J Lasance, in a previously unseen speedster uniform! Who is he? We’ll probably find out next week at Comic Con. In the meantime, we can only guess… and unless he’s a whole new character, our guess would be that he’s Daniel West, the third person to take the identity of the Reverse Flash! One thing is for sure, this is one of the coolest Flash costumes they’ve unveiled so far. I can’t wait to see Jesse Quick’s outfit! 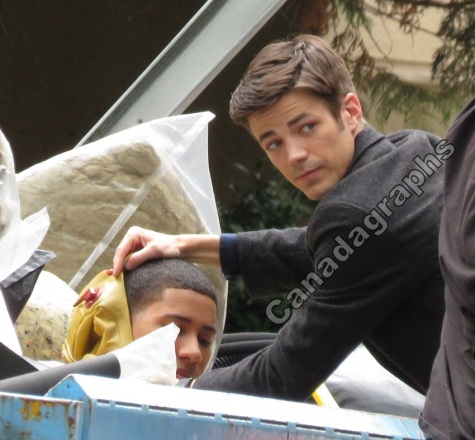 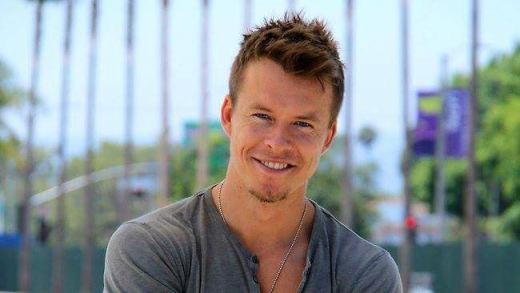 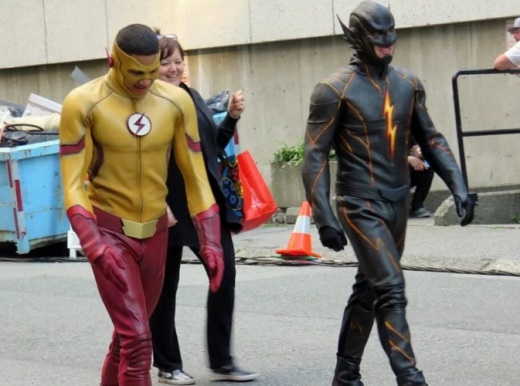