20th Century Fox has released five high resolution images from Ridley Scott’s upcoming Alien prequel “Prometheus.” These are the same images that were released by Entertainment Weekly last week, but in glorious high-res.

“Prometheus” will follow a team of scientists and explorers on an adventure that will test their physical and mental limits and strand them on a distant world, where they will discover the answers to our most profound questions and to life’s ultimate mystery. 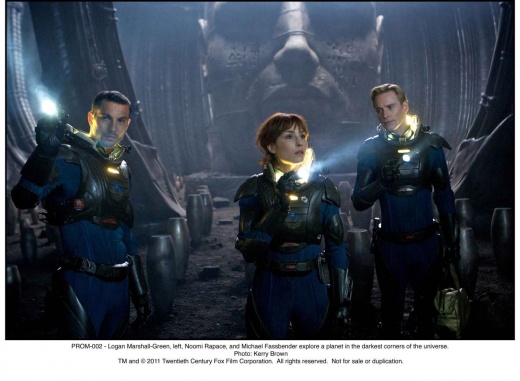