Check out the extremely ominous new poster for the upcoming sequel.

Check out the extremely ominous new poster for the upcoming sequel. There have been all manner of rumors about who Benedict Cumberbatch’s character really is. One thing is for sure, he’s kind of a bad-ass. 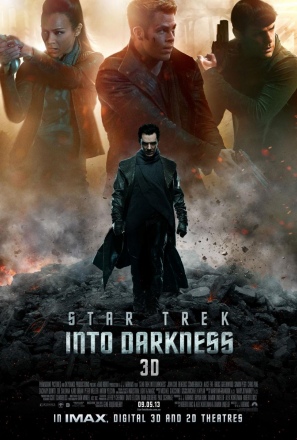 Official Synopsis:
In the wake of a shocking act of terror from within their own organization, the crew of The Enterprise is called back home to Earth. In defiance of regulations and with a personal score to settle, Captain Kirk leads his crew on a manhunt to capture an unstoppable force of destruction and bring those responsible to justice.