I’m not familiar with the Broadway show for Rock of ages, but I want to like it for a lot of reasons. I like a lot of the cast and I like a lot of the music. I’m still on the fence about the movie however. It seems like the mixed reaction to the first trailer means that I’m not the only one who feels that way.

Now we’ve got a new trailer and with it, a lot more footage from the film and especially of the cast singing. The highlight is at the end of the trailer when we get a chance to see Tom Cruise rocking out to “Wanted, Dead or Alive” by Bon Jovi. 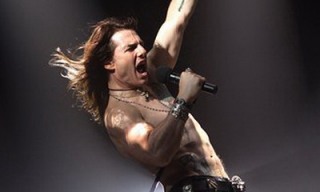