The New Founders of America invite you to celebrate your annual right to Purge in THE PURGE: ANARCHY.

IN The Purge, we saw how one family dealt with a version of the United States where all crime is legal for a 24 hour period. Now, in the sequel, we get to see what life is like for the people on the streets during the purge. 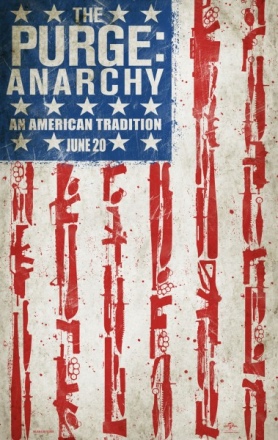