Pride and Prejudice and Zombies has seen more than its share of ups and downs. We heard that Scarlett Johanssen was going take over. Now, we hear that the film has lost it’s director. Who knows if we’ll ever see this get made.

One of my favorite zombie-filled ways to occupy time is by playing Plants vs Zombies. Even though it is one of the best selling games of last year, it is void of any merchandise. This past week, Zombies & Toys featured a guide showcasing all known Plants vs Zombies promotional items. We found toys, shirts, cell phone charms, and more! For good measure, we also included some fun fan-made items. If, like everyone else, you are addicted to Plants vs Zombies and wish for some legitimate products, make sure to check it out. 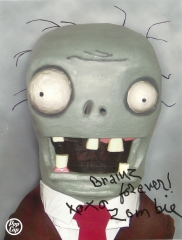 While we all enjoy a good zombie game, how accurate are they? Excluding the fact that there are no real zombies… yet… are these games true to life? Internet group, Rooster Teeth, filmed a video illustrating the difficulties one would have while thrown into a zombie survival situation.

While we’re talking about survival, take a look at our feature of the ZSAT (Zombie Survival, Aptitude, Test). This long book was fashioned after the SAT that we have all learned to love. Would you survive? 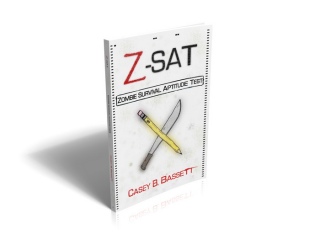 If you prefer your simulations behind the warm glow of a television, you can wait until “Class 3” is available. Undead Labs has teamed up with Microsoft to release an open-world zombie survival MMO. The game is supposed to focus more on zombie survival than zombie slaying. 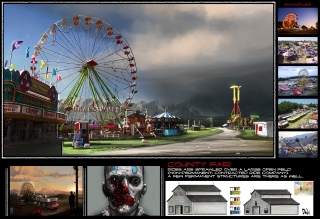 Our final bit of game news is a look at Zombie Trailer Park. It’s a real-time strategy game that has you building your trailer park to battle the army of undead.

Pride and Prejudice and Zombies has seen more than its share of ups and downs. There are plenty of fans who eagerly await each bit of new movie news. First, it was rumored to star Natalie Portman. Then, we heard that Scarlett Johansson was going take over. Now, we hear that the film has lost it’s director. Who knows if we’ll ever see this get made. 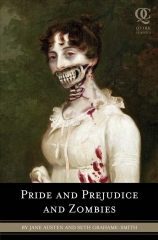 Finally, we learned this week that if you’re a zombie, vampire, werewolf, or other non-human entity, you should register your status for free at monsterlicenses.com. After all, isn’t it the right thing to do?