Barrowman announced that he’d very much like to play another popular Captain other than Captain Jack. 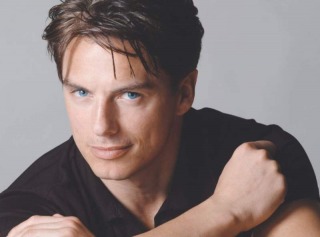 ”Torchwood” star John Barrowman attended a special panel for “Torchwood: Children of Earth” at last weekend’s Comic-Con, and during a Q&A with the audience he announced that he’d very much like to play another popular Captain other than Captain Jack.

“You know what I want to play? Captain America,” Barrowman proclaimed, before adding that it “so won’t happen.”

Comics Alliance notes that Barrowman’s chances to land the role is slim due to Hollywood’s habitual love in casting famous actors for iconic roles — Robert Downey Jr. as Iron Man or Scarlett Johansson as Black Widow, for instance. MTV Splash however disagrees, pointing out that this has been effectively shot down with the casting of the relatively unknown Chris Hemsworth as Thor.

If you ask us at YBMW, we too think it’s grim and believe that Captain Jack may never get the chance to wield the shield of justice despite having the look, build and charisma to pull off a Steve Rogers. Not to mention, he has a strong enough geek following that there is no doubt his geek cred would ever be questioned.

At this point, honestly we can’t think of anyone better than Barrowman as Cap. and we can only petition and hope that fan voting would somehow get Hollywood’s attention and do the right thing by casting Barrowman as Captain America.