Get Ready for Transformers: Age of Extinction. At least this one doesn’t sound like they forgot to add a word.

Get Ready for Transformers: Age of Extinction. At least this one doesn’t sound like they forgot to add a word. That’s the official title of the new film according to a release that just hit a few minutes ago, along with the release of the first teaser poster and confirmation from Producer Lorenzo di Bonaventura that the film will in fact feature the Dinobots!

As far as the Dinobots, here’s the clip from an interview with the Beijing News where Lorenzo di Bonaventura pretty much gives it up (this is the translation – sorry for the Engrish):

Lorenzo: I can not disclose the specifics, but it can be sure that the machine will give the audience join the dinosaurs bring new excitement. After seeing the film the audience will find that this will be a greater integration of various aspects, such as the previously separate human and car people will do with integration. 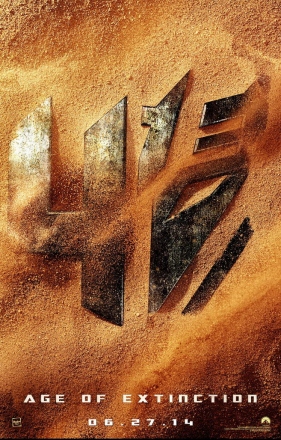