Here are two new amazing fan-made posters for Christopher Nolan’s much anticipated “The Dark Knight Rises.” If you haven’t heard by now, Anne Hathaway has been cast as Selina Kyle (Catwoman) while British actor Tom Hardy is said to play Bane. I think I prefer the old Catwoman fan-made poster, but this is nice too, giving us a look at how Hathaway may look with green eyes. I’m not sure what to think of the gigantic Bat symbol on the back of Bane, or the very comic book look he’s portrayed in this. I just have an itching feeling that Bane will be nothing more than Hardy in a business suit rather than some jacked up lucha libre.

“The Dark Knight Rises” will begin shooting in May with a July 20th, 2012 release date. Returning to the franchise are Christian Bale, Gary Oldman, Michael Caine, and Morgan Freeman. 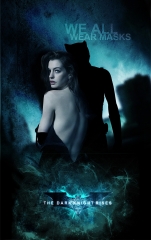 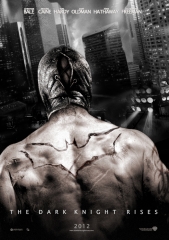