This cast has a lot of potential!

Yorick Brown is a pretty important guy. Hell, he’s the only guy in the world by the end of the first issue of Brian K Vaughn’s Y: The Last Man. After years of development hell that have seen the adaptation of the book take shape as anything from an HBO series to a film trilogy starring Shia Lebouf, it has finally landed at FX. Today, the network has announced a slew of castings for the show, including that of the title character, Yorick Brown.

Yorick will be played by relative newcomer, Barry Keoghan. In a lot of ways, this is a good thing. It helps keep you from projecting the expectation you have for a well-known actor. That’s not to say this is Keoghan’s first job. He’s been acting steadily since 2011, including memorable roles in both Dunkirk and The Killing of a Sacred Deer.

Despite rumors that Jodie Foster was interested in the part, the role of Yorick’s mom – Senator Jennifer Brown, has gone to Diane Lane. Imogen Poots has joined up to play Yorick’s sister, Hero. It’ll be very interesting to see how true they stay to her character’s journey. it’s definitely a dark and interesting path. The same can be said for 355, the secret service agent who is tasked with keeping Yorick alive. She’ll be played by Lashana Lynch. Juliana Canfield will play Beth, Yorick’s girlfriend and Marin Ireland has been cast as Nora, “the President’s senior assistant and right hand.”

No word yet on who will be playing Alisson Mann. 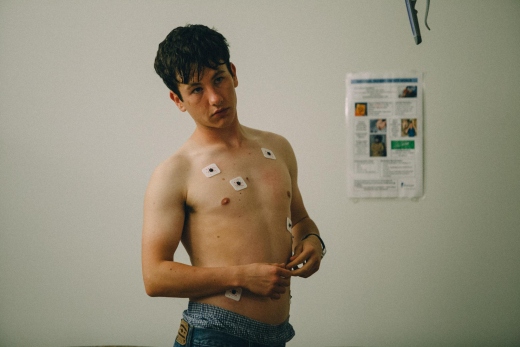