We’ve all heard of celebrity impersonators, but what about celebrities impersonating real people? We compare 10 celebrities from 10 of 2008’s best films. 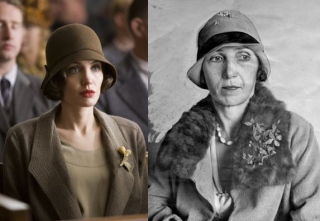 In “Changling,” Angelia Jolie plays Christine Collins, a mother who was admitted to a psychopathic ward by the Los Angeles Police Department in the 1920s after refusing to accept Arthur Hutchens as her missing son, Walter. 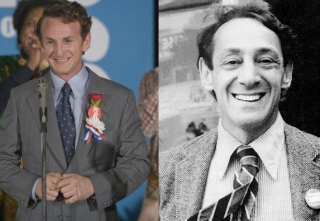 “Milk” staring Sean Penn is about the life and death of Harvey Milk, a forty year old gay activist turned political activist during the 1970s in the Castro district of San Francisco. Milk also went on to become the first openly gay man in the United States to be elected to political office. 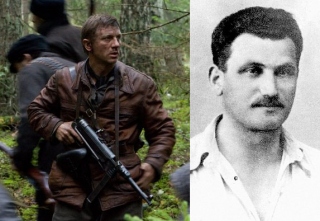 Tuvia Bielski, played by Daniel Craig in the film “Defiance,” is the eldest of three Bielski brothers who not only banded together for survival but safeguarded a mass of fleeing Polish Jews from Germans during their occupancy of Poland and Belorussia during World War II. 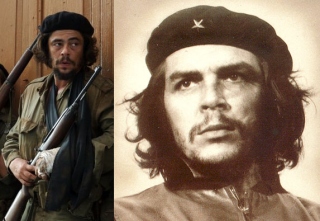 Benicio Del Toro portrays the infamous Ernesto ‘Che’ Guevara in the biopic Che, which examines his contentious life and legacy of the Argentine revolutionist and notorious guerrilla leader. 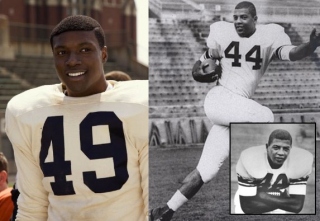 “The Express” follows the inspirational tale of Ernie “The Elmira Express” Davis portrayed by Rob Brown, who not only became the first African-American to win the Heisman Trophy but became an icon for the escalating Civil rights movement that blanketed early America during the 1960s. 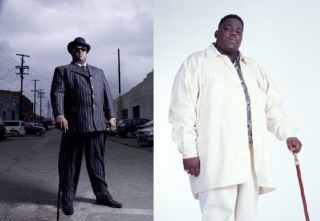 In “Notorious,” Jamal Woolard portrays Christopher Wallace, a.k.a. The Notorious B.I.G., a one time Brooklyn street hustler and drug dealer who transformed himself into one of the world’s premier and most recognizable rapper. 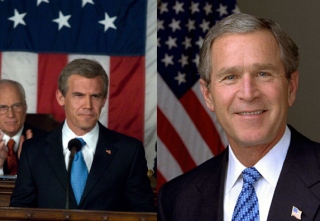 Whether you love him or hate him, Josh Brolin portrays the former U.S. president George W. Bush in Oliver Stone’s biopic “W.,” which chronics the life of George W. Bush since his birth all the way up to his re-election for presidency and the turbulent years that followed. 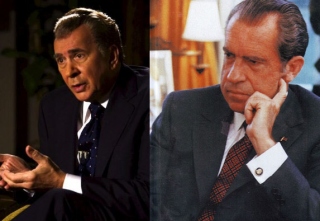 “Frost/Nixon” is a film about the televised interviews between television talk show host David Frost and U.S. President Richard Nixon played by Frank Langella, who never admitted guilt for the Watergate scandal which led to his resignation. 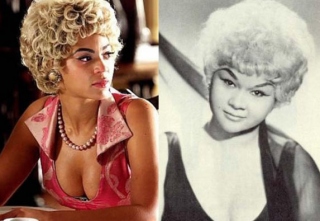 Before pissing off Etta James by singing her song, “At Last,” at President Obama’s inauguration, Beyonce Knowles played Etta in Darnell Martin’s “Cadillac Records” which chronicles the rise of Chess Records and its recording artists. 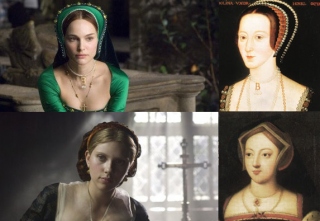 Natalie Portman and Scarlett Johansson plays Anne and Mary Boleyn in Justin Chadwick’s “The Other Boleyn Girl.” A sensual tale of romance and betrayal set in European history about two beautiful sisters vying for the love of King Henry VIII.