18 Things To Look For In The Now Emmy-Winning ‘Dr. Horrible’s Sing-Along Blog’

18 things you can look for in the now Emmy-winning “Dr. Horrible!”

The entire short film can be watched online at http://www.drhorrible.com/

Fans of the short may also be interested in knowing that a sequel is currently in the works. “We’ve been working on one. We’ve been working on writing. The writers, we all have jobs, I’m happy to say,” says Whedon according to Sci Fi Wire. When asked how the Emmy might change or if it’d appear as a feature film, Whedon just replied, “It’s very confusing. We don’t understand.” 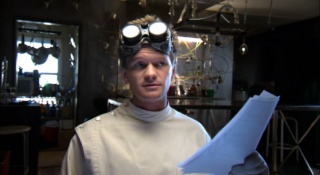 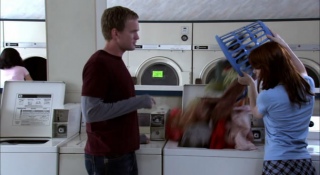 04:10 – In the Laundromat Billy freezes time and while Penny is frozen, a woman with a pink shirt is still moving in the background doing her laundry. 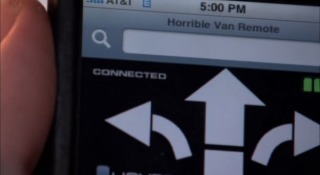 08:23 – Dr. Horrible’s remote is actually an iPhone (or an iPhone remote control app). You can tell because it says AT&T in the top left corner next to the signal bars. 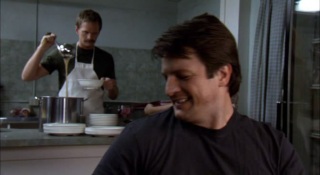 15:36 – In the background Dr. Horrible can be seen wearing a really bad fake mustache taking over in the soup station. He is holding a bowl and ladling soup back into the pot, glaring at Captain Hammer. 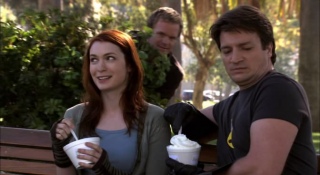 15:59 – When Penny and Captain Hammer are in the park, Captain Hammer appears to be afraid of ducks. He also doesn’t seem to like frozen yogurt as his bowl is untouched.
Pages: 1 2 3 4