Exclusive: ‘Cyphers’ And Grinders And Drugs! Oh My! Kevin Lewis’ Next Project 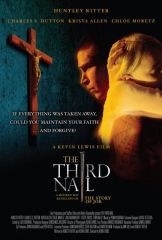 Running around Comic-Con means you run into a lot of people. This year, I managed to bump into Kevin Lewis. He was here to check out a few panels in the craziness known as Hall H. He also wanted to be in the audience to support Chloe Moretz whom he directed in “The Third Nail.” He was awesome enough to sit down with me and chat for a bit.

I’ve met some directors before and they usually fall into two categories.

1. They’re nice because they either are nice by nature or they just want to make sure I say nice things about them.

2. They’re eccentric and weird but that’s because they’re ARTISTES with a vision.

Kevin Lewis was nice but he had a little something extra. It wasn’t until we said good by did I realize what it was. He reminded me of a zen’d out Yoda crossed with a giant teddy bear. No wonder I felt completely at ease asking him even the most retarded things.

We managed to find a quiet corner in the belly of SDCC (no simple feat, btw) and chatted about an upcoming project.

The movie is currently called “Cypher” and it’s a sci-fi horror thriller but with a twist.

“Cypher” would be the crazy lovechild if “28 Days Later” had epic hot monkey love with “Bourne Identity” and they didn’t use protection.

The overall feel of the story has a bio-terrorist feel and the scariest part is that I can actually see this as a viable reality. Remember the Anthrax scare a few years back?

I know what you’re thinking. “28 Days Later” means there are zombies in “Cypher”!!! Not exactly.

Instead of zombies, there are Grinders.

The story is set the present day. There’s a new drug out on the street and it goes by the name of Honey. Sounds sweet, right? SO WRONG! If you think crack fiends have nasty teeth, you should take a look at the dental work of the Honey fiends. Honey fiends are known as “grinders” for the simple reason of the nasty habit they develop. Once under control of the drug, they start grinding their teeth down to wickedly sharpened points and stubs down to the gums.

They could guarantee the livelihoods of all dentists in the world….that is, if the dentists could survive the encounter.

The reason why I say that is because Grinders, once high on Honey, have super human strength and speed. They also ooze Honey out of their eyes like pus and their saliva is now also Honey. Their eyes also glow yellow. Oh. And they can also blow up. 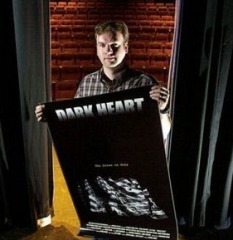 Not sexy. If their blown up bits and pieces land on you, TA DA!!! You are now also a Grinder.
I’m trying to wrap my head around this new creature of epic disaster when my medical training kicks in. Sounds like a virus to me and Kevin confirmed that it was. Honey is a virus embedded within the drug. The dastardly part about the drug is that it’s highly addictive but the virus needs a human host to survive. Once in a human host, the person more or less ceases to exist because they are now exhibit a worker bee / hive mentality. The goal is now to find the so-called Queen Bee of the hive because once they’re taken out, there is no brain behind the organization.

Wow!!! So now I’m thinking this is like the Borg meets Zombies! No wonder he said this is scarier than mere zombies.

What he really liked about this project is the idea of the story and the characters. The idea of bio terrorism really hits a nerve and is zeitgeist. I had to look up what that meant. It’s a German word that means “the spirit of the times” or “the spirit of the age.” He also loves thrillers and major plot twists in a story.

He laughs and says of course. He doesn’t believe in spoon feeding a story to the audience because the audience is smarter than that. He gravitated to this story because it’s entertaining, there’s an element of mystery to it and enough of a turn to give you a falling-down-the-rabbit-hole moment.

Sounds like an ambitious project to me but that’s where Kevin’s passion is evident. He truly believes in the idea and vision. What is also exciting for him as a director is the company behind the project, Hyper Emotive Films. His relief in working with a company that believes in his vision is so important because it’s so difficult to stay true to what’s in your head when they can’t see it and when they start constraining you. Another exciting aspect is Venture3D being the company working on the 3D effects. In case you didn’t know, Venture3D did the trailer for “Narnia” in addition to having a few others present live and in living color at SDCC this year.

So I had to ask the question of whether or not 3D would be a part of the movie because it seems like 3D is everywhere now. Is this a passing fad or is this here to stay? Kevin didn’t even hesitate before he answered. Yes, 3D has been around for a long time and yes, it has come and gone. However, 3D is here to stay because technology has improved by leaps and bounds. There are even 3D TV sets for the home on sale so that says something about the permanence of 3D.

Also, the use of 3D has evolved.

The goal of 3D in this project isn’t to have everything “in your face” but it’s used as necessary.

Kevin says “we are storytellers” and wants to use 3D to immerse the audience into the movie.”

At this point, he’s getting pretty excited because he’s throwing statistics at me.
“Did you know that students retain 33% more of what they learn if 3D was included in the study material?”

“Did you also know that audiences retain over 30% more of the movie they just watched if it was in 3D? And that, as a result, they think about it more and discuss it?”

But it makes sense once I thought about it. James Cameron smashed the bejeezus out of the 3D window when he came out with “Avatar.” Kevin’s telling me how 3D is like sound, color and lenses in terms of tools available when making a film. They’re meant to be used to edit, enhance and help tell a story. It’s a very powerful tool if used right.

Since we’re at Comic Con, I had to ask if “Cypher” will be a part of next year’s awesomeness. While Kevin would like to be here next year and give a taste of Honey to the audience, his goal is to put the best film out there because that’s what we, the audience, deserves.

I, personally, can’t wait to see what these Grinders look like.