Oh the wonders that came out of the 90’s. It was a good time to be alive, cartoons still ruled, as well as comics hitting the stands ready to be bought with a couple bucks saved! Let me tell you about my favorite part about that decade, THE GAMES! 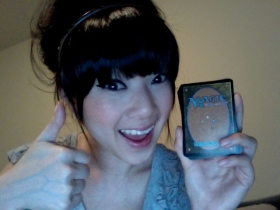 Oh the wonders that came out of the 90’s. It was a good time to be alive, cartoons still ruled, as well as comics hitting the stands ready to be bought with a couple bucks saved! And who can forget VHS
sales of anime from Japan slowly leaking after getting subtitles put in them. Ah yes, quick to be snatched up by anime hungry teens. Those were sincerely the golden times of my life. If you didn’t live during the 90’s, well heck, let me tell you about my favorite part about that decade, THE GAMES!

I know, I know, I always talk about console games, but the 90’s were really all about the games that were portable. Gameboy in color was a hit but the real awesome stuff were the portable pieces you could bring just about anywhere that didn’t require batteries or very little electricity at all! Let me take you on a journey through….

I caught myself saying that to my best friend at the time, she and I were outcasts and always had our eyes at the comic shop for these little awesome things called POGS. These circular pieces of dense cardboard pieces with printed logos, pictures, and art were a huge hit when I was growing up!

“How do you play them Vampy?”

Well, each person bought as many Pogs as they damn near pleased :D There were a ton to choose from to buy, and of course, they had some really rare printed pieces! Although buying and collecting amazing
Pogs was fun, you almost always risk losing them in POG BATTLE! You could either play for “keeps” or just for fun and get your original pieces back, but usually…..not.

First each player stacks their Pogs face down, then each player contribute the same amount of pogs in each pile. You also have a piece called a “SLAMMER”, that is either a heavy plastic or metal, that you then would “SLAM” (hit the top) of the Pog pile. If the Pogs land face up, those are the ones they lose! YAY!! But if they are still face down, they get restocked for more battle! Then each player “SLAMS” on their opponents Pogs until all the Pogs are faced up and bam, gone. The player with no Pogs left loses! (WAMPWAMP) XD

Simple right? Pogs were easy as cake to play and addicting to collect! Some kids had Pogs ranging in the hundreds! Where did they get the money to buy those things? WHO KNOWS! All I know was that they were the coolest ones in school for sure. 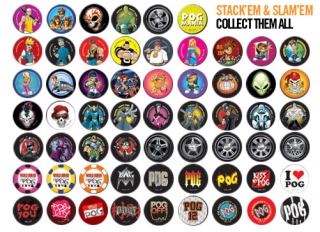 What made Pogs lose their reign was that they were too easy, too cliche, and were marketed way too much. As cool as it looked, it got old real quick. They were also banned in schools across the country
after it became almost like gambling to most institutions.One fad I miss from the 90s! The sweetness of those stacking POGS. :D

Oh boy, were these little critters the dopest, single most annoying things to own! The next portable game that was a huge hit in the 90’s were these little Japanese multi-colored egg shaped digital pets. They were enclosed in a tiny screen that you had to take care of called a Tamagachi. Trust me, they would make you take care of them real good too! They all start out as a little digital egg hatching on your screen, (hilarious) and after they hatch, you are to give the little pet a name. You are also told if its a boy or girl. Having a Tamagachi was like a real time pet that you had to feed, clean up after, play with, punish, praise the thing to peak health! (WHEW)

Your Tamagachi goes through stages like a normal human being, so it was easy to feel like you needed to carry that thing everywhere you want. If you neglected your digital pet, they would actually die, no
joke! If you’re successful, you get to see them go through their baby stage all the way to their Senior! Everyone, including boys, had a Tamagachi, it was the craze that lasted longer than Pogs and were
somewhat a taste of a legacy of Tamagachi games that came about on Gameboy and Nintendo 64. I still see them around at Target, and they don’t look like they’re gonna leave anytime soon. 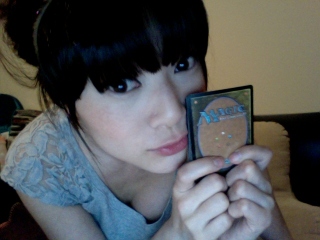 The single most awesome strategy card game to spawn a whole era of card games to come after. Often imitated, never duplicated, yadda yadda yadda you get the point. :D My brother played it, I played it, my friends played it, their Dads played it, it’s just an all around game of adventure. Played with the accuracy of a carefully made deck, you can demolish your adversary like nothing. It definitely won me over since growing up I loved the feel of strategy games. Magic the Gathering is a complex card game, with dark fantasy elements as art, its definitely a game made for the ones who want to really think out their attacks and hone in our their tactics, with cool creatures to boot.

Picking up a deck may take a few weeks before you fully understand the gameplay and how it should be played, but overall the learning curve is always increasing with added cards, and spells you can cast. It’s been a while so going over everything here would be more like a tutorial! Just know its too much fun, can be frustrating when you lose, since so much time is invested. It’s still around, and some cards are so rare, you’re gonna need to either get lucky, or just have the money when you go to your comic book shop to buy some. Pretty cool if you ask me. :)

So those are the fondest and most awesome portable games I played during the 90’s. If you’re lucky to have tried any of them, I’m sure you’re looking at this post grinning, ’cause I know I am.