Not everyone gets the chance to be Spider-Man… not unless you’re Josh Keaton. 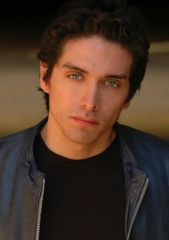 Not everyone gets the chance to be Spider-Man… not everyone, unless you’re Josh Keaton, who currently provides the voice of Spidey and Peter Parker on Disney XD’s “The Spectacular Spider-Man.” We had the chance to speak with Keaton who brings Spidey to life every Monday nights at 7:30pm ET/PT, in a series that many claim to be the single best non-comic representation of the Web-Slinger hands-down. Come find out what Keaton had to say, as he shares with us his thoughts about all things Spidey and how cool it is to actually be The Friendly Neighborhood Spider-Man of a new generation.

Josh Keaton: Before the interview I must say how much I love the website name. Ralph Wiggum FTW!

YouBentMyWookie: So many people have grown up with Spider-Man over the last 47 years, when did you first become aware of the Web Slinger?

Josh Keaton: To be honest I don’t remember how I was first introduced to him. Spider-man is one of those characters that I can’t remember my life without. I remember reading comics from a very early age and I remember Amazing Friends being on when I was a kid but I don’t remember the first time I was exposed to Spidey.

YBMW: Did you watch any of the other Spider-Man TV shows that came before? Were you able to draw inspiration from any of them?

Keaton: I can say that at some point in my life I’ve watched every incarnation of Spider-Man that has come to the big or small screen (and played most of the video games as well). As for inspiration, Spidey has always been a character that I’ve identified very closely with so I wanted to put forth my own portrayal of him.

Keaton: It initially started out as a daunting task because I know how iconic Spidey is, how established his canon is and how many people are fans it. When approaching this part, I wanted to put forth the very best Spidey I could. I wanted to share the voice that I hear in my head when I read the comics and bring a small bit of myself to Peter/Spidey. While we’re on the subject of previous Spidey’s, Dan Gilvezan is a good friend of mine; we have the same voice over agent and see each other in the office quite a bit and for the longest time I was completely unaware that he was Spidey in Amazing Friends. One day I wore a promotional Spectacular Spidey t-shirt that I snagged from the Comic-Con booth and we got to talking and he told me that he was once Spidey as well. It was a cool/surreal moment – two generations of Spidey sitting there having a conversation! 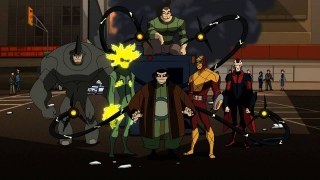 YBMW: Without a doubt Spectacular Spider-Man features a wealth of talent. Have you had the opportunity to work with any of them directly in the same recording studio?

Keaton: It’s absolutely fantastic. The producers have been great about having all of us work together as much as possible – the scenes always come out better when there’s interplay between the actors as opposed to recording everything separately and assembling it afterwards. Also, my friends are extremely jealous that I get to work in studio with Lacey Chabert, Trisha Helfer, and Kelly Hu.

YBMW: Aside from the cast of Spectacular Spider-Man, are there any voice actors/actresses that you admire or would like to work with?

Keaton: I’m constantly amazed by James Arnold Taylor who plays Harry Osbourne on our show. He is the new Mel Blanc – he can do countless voices and even voicematches a TON of celebrities. Not just at parties either. If they are too busy to do a project he actually goes in and records their parts and I doubt anyone that hears the result would think for a second that it wasn’t actually that celebrity. Voice over is a very small industry so I’ve gotten the chance to work with so many of the successful actors in the field. I have yet to work with Hank Azaria, Harry Shearer, and Seth MacFarlane.

YBMW: How did you get into voice acting? Was it something planning or did the right opportunity just come along?

Keaton: I pretty much just fell into it. I got my start when I was much younger with shows like Back to the Future and Peter Pan and the Pirates, but I was sent out to audition for those by my on-camera agent at the time. It wasn’t until after I was in Disney’s Hercules that I got a dedicated voice over agent and began pursuing it more seriously. 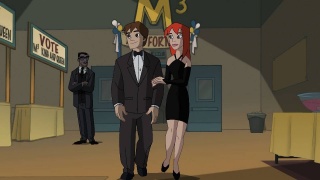 YBMW: What challenges do you encounter voicing the dual role of Peter Parker and Spider-Man? Are you more of a fan of Spider-Man or Peter Parker?

Keaton: Well he doesn’t “Hulk out” or go through any kind of a morphological change when he switches from Peter to Spidey so there really isn’t a voice change that happens; it’s more of an attitude shift. He’s much more confident as Spider-man and can say/do things that he can’t as Peter. However, the longer Spidey is a part of his life, the harder is is for him to keep the two worlds separate, and he ends up having to play up his geekiness at times to keep his identity secret. I don’t think that one can be a fan of either Peter or Spidey; they’re two sides of the same coin. All of Peter’s actions are influenced by the fact that he is Spidey and vice versa. The extraordinary circumstance of Spider-Man has led Peter to make some really difficult choices, but at the same time, his success and compassion as Spider-Man come directly from his life as Peter Parker, whether it be his smarts and use of science to turn his enemies’ strengths against them, or his desire to do good with his powers because of the influence from Uncle Ben.

YBMW: You’ve voiced several other characters from X-Men’s Cyclops, The Human Torch to even Harry Osbourne. How do you usually prepare for each role and characters that you may be less familiar with or not know?

Keaton: Research! If I don’t know much about a character (which is kind of rare – remember – comic book geek here) it’s just an excuse to read some comics, play a video game, or watch movies or cartoons. I also have a lot of friends with similar interests, and some that are actively involved in the comic book industry that I can lean on for input.

YBMW: Have you seen any of the related merchandise and toys from the show? Any thought on them?

Keaton: Umm….I’ve bought a lot of them (sheepish grin). But come on, they made a talking Spider-Man action figure that plays my voice when you push the Spider on his chest – what was I supposed to do? 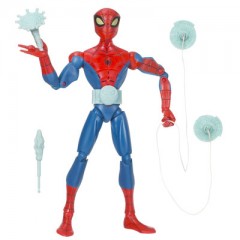 YBMW: As the voice of Spider-Man, have you ever thought about trying to convince people that you have your own “action figure”? A Peter Parker/Spider-Man action figure is kind of like a Josh Keaton action figure right?

YBMW: Are there any villains or superheroes that you’d personally want to see in a possible third season of Spectacular Spider-Man?

Keaton: I’m weird but I would love to see our team handle the Spot. He’s not a really well know villain but I think that a Spectacular Spidey fight scene with the spot would be nothing short of…well spectacular. I would also like to see the Walrus make a cameo. I’d like to see Scorpion, Hobgoblin, Sin-Eater, the Jackal, oh I could go on and on…

YBMW: What projects do you have coming up and where can people go to find out more about Josh Keaton?

Keaton: At the moment I’ve been working on some video games. I can’t talk about a lot of them (nondisclosure agreements FTL) but Starcraft II is one of them. I’m also writing and producing music for both myself and other artists. Josh Keaton info can be found at my website www.joshkeaton.com. Links to all other ways of contacting me are there as well.

For those who’d like to meet Keaton, he will be attending this year’s San Diego Comic-Con and will appear in a Q&A session for The Spectacular Spider-Man panel Sunday, July 26 in Room 6A. Joining him will be supervising producer Greg Weisman (Gargoyles), supervising producer/supervising director Vic Cook (Hellboy: Blood and Iron), character designer Sean “Cheeks” Galloway (Hellboy animated films), the voice of Sha Shan Nguyen Kelly Hu (Scorpion King), and the voice of the Vulture, Robert Englund (A Nightmare on Elm Street)

Be sure to watch all-new episodes of “The Spectacular Spider-Man’s” second season every Monday at 7:30pm ET/PT, only on Disney XD.