Exclusive Interview With Tom Six, Director of ‘The Human Centipede’

We had the chance to ask Tom Six how he came up with the idea for the sickest horror film to date. 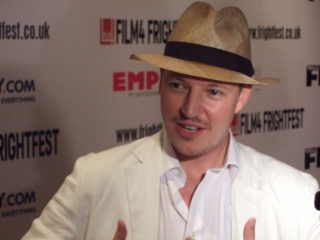 Tomorrow, one of the most controversial films ever made will hit screens all over the country. The movie, “The Human Centipede” pushes the boundaries of horror into the medically plausible in an attempt to scare the bejeezus out of it’s viewers. Last week we sat down with Ashley C. Williams, the female lead and center segment of the centipede. Today we are happy to bring you our interview with the man who had the vision to make the Human Centipede, the director of the film, Tom Six.

YouBentMyWookie: What were your favorite films when you were growing up and the movies that helped influence you

Tom Six: The films I really loved were the early films of David Cronenberg like “The Shivers” and The Brood” and “The Fly.” I really loved his work. It was a big influence on me as a film maker. More recently, films from Japanese Director Takashi Miike; “Audition” and some of his early works were incredible.

YBMW: How did you come up with the idea for “The Human Centipede”?

TS: Well it is a very simple Idea. I would always make this very sick joke with friends while we were watching television or something and there was a child molester on TV. I always would say that they should stitch his mouth to the ass of a very fat truck driver. That would be a good punishment for him. Everybody thought that was a horrible idea because… it is a horrible idea. But, I thought, it’s a great idea for a film and that’s how it all started, just by a joke.

YBMW: What made you think it would be such a great idea for a big screen horror film? 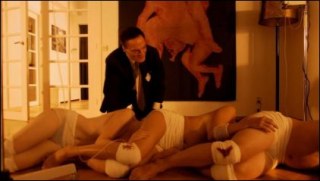 TS: Because I always said that when I made my first international film I wanted to make a horror film, but it had to be really horrific and it had to have some kind of idea that was horrible to watch. The idea of being attached to an ass in one digestive system is really horrible idea. So, then I came up with the idea, people are sewn together by a really sick surgeon and then the story grows and grows and that’s “The Human Centipede.”

YBMW: Why was it so important that the film be 100% medically accurate?

TS: It’s much more horrifying if the operation actually could be done. I consulted a real life surgeon for it and he created this operation that he could actually perform. That’s why when you see in the film, all of the medical things are like real. That’s where I really thought it was cool because it was such a horrifying idea.

YBMW: How did the surgeon react to you when you brought him the idea?

TS: The first time I made a story board and brought it to the surgeon. He said “Oh no, this is totally going against my medical oath. This is not for me.” But, at the same time, he was a very big movie lover so after a while he decided that it was only a film and it was art in some ways so he was happy to help. then he created this real operation.

YBMW: So, the actual operation could be performed on people?

TS: Yes. A Surgeon could actually perform this operation. 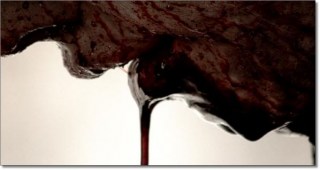 YBMW: From our recent interview with Ashley, it sounds like this was definitely a unique film shoot for everyone on set. What were the unique challenges you faced in filming the movie?

TS: For the actors it is a very physically demanding because they had to stay on their hands and knees and the women were naked from the waist up so they were very vulnerable. They were also attached to an ass with a lot of prosthetics around it. So that was pretty heavy because for half the shoot they were in the centipede position and we had sometimes long shooting days. It was pretty demanding for the actors. A lot of times we would get a massage for the actors after the shoot to help them out. They were really great to be able to pull it off.

YBMW: What were your most interesting memories from the shoot.

TS: A lot of memories. I absolutely loved working with Dieter. That guy is an acting genius. I think he has so many ideas and it was a very strange thing because you are shooting the human centipede which is something really absurd of course. When you start shooting you say “OK, everyone in this position” and they go on their hands and knees and if you look at them form a little distance you think, “this is so crazy what we are doing now is very crazy.” It was a very fun shoot, but for the actors and whole crew it was a very strange experience.

YBMW: Have you considered any merchandising for the movie?

Some people actually came up with a little key chain where you can click all the little people in the centipede together.

So, it can be pretty fun.

YBMW: What could you possibly do to top what you have already done in a sequel?

TS: I’ve got some really crazy ideas. My intention was always to make a sequel and to use the first movie to get the audience used to the idea. Now that they are I can really throw in all my imagination. That’s what I wanted to do with the human centipede. The sequel is going to be a really big human centipede, with twelve people. I’m really searching for originality because sequels from films are sometimes disappointing so I’m really focused on creating something horrific. So I hope I made something that people won’t expect when they see it. 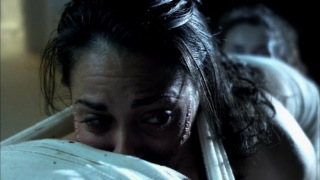 YBMW: So, you were actually holding back in the first move?

TS: Yes, definitely, I was holding back because the idea itself is very horrible and a lot of the things that you see in the film are actually happening in your head and not happening on the screen. On one hand its a strength of the film, but some things I’m going to show in part two that I didn’t in part one.

YBMW: Do you think it will have trouble getting distribution if it goes that far over the top?

TS: I approach it a little bit as art so I make sure that it looks beautiful and it has a nice taste of it. Also I try to not make it sleazy or cheap or something. I try to maintain that level of how it looks so I hope it will get that same attention because I know a lot of people are really interested in what happens next.

YBMW: Outside of the human centipede franchise, what are you working on?

TS: Part two is my total focus right now. I have some ideas for some other horror drama films that are completely different than The Human Centipede. I will shoot that in LA maybe in two years or something. It’s also a lot of fun for me as a film maker to make something that people will talk about. It will be something that is quite controversial, I can tell you that.

YBMW: Are you surprised with the level of buzz that the move’s created?

TS: Ya, it’s incredible that it happened here. The idea is crazy and people will talk about it, but you have to see it happening. We took it to a lot of festivals and at every festival, people were talking about this movie. As a film maker you feel very excited that that’s happening. The buzz is enormous, it’s incredible. I’m really excited with that. I hope that I don’t disappoint people.

YBMW: What do you think about Entertainment Weekly calling it “The most disgusting film ever made.”?

TS: It’s an honor to be called the most disgusting film ever made, but I’m not sure if that’s really the case because a lot of really, really horrible and disgusting films have been made. but, it’s also a very strange feeling because you know when you make it that it’s disgusting but between working on it and now I’ve seen it so many times that I forget a little bit how disgusting it is. It’s really strange and it is actually difficult to see it like that.