Check It Out! Star Trek: The Original Series Art Prints – Set 3 From QMX

We just saw these new Star Trek posters from QMX and we loved the Tribbles one so much that we had to share them with you.

We just got the press release on these new posters and we loved the Tribbles one so much that we had to share them with you. 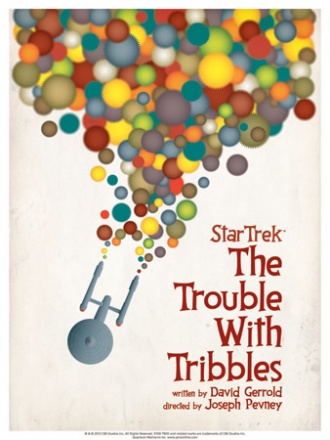 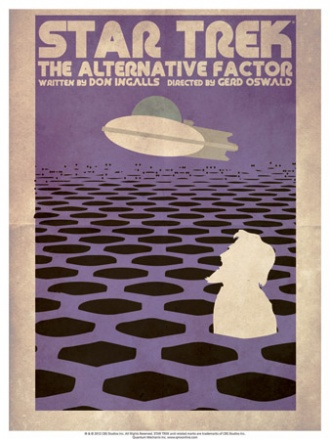 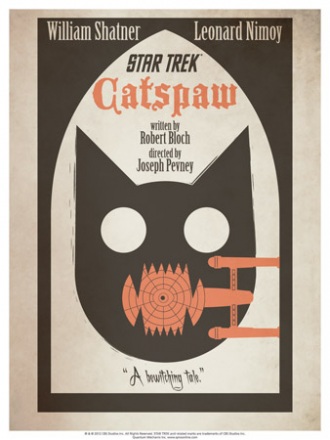 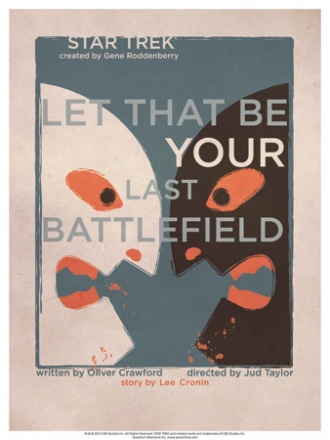 We’ve taken the voyages of the starship Enterprise one adventure further with a series of original movie-style art print sets commemorating every episode of Star Trek, the iconic American television series that aired from 1966 to 1969.

The Original Series has become a cult classic, and its leading-edge plot lines and mores have influenced many science-fiction TV shows and movies that have followed.

Designer/illustrator Juan Ortiz talks about the inspiration for our third set of Star Trek: The Original Series Art Prints, which includes:

Episode 44: The Trouble With Tribbles. “The Enterprise is metaphorically bleeding Tribbles,” says Ortiz. “I wanted the poster to be fun and colorful, and hopefully [to] make people smile.”

Episode 36: Catspaw. Here the artist wanted a stark, bold look, with the Enterprise in the cat’s mouth. Says Ortiz, “I think that’s the playful part, sort of a ‘look what the cat dragged in’ moment. Staring out the window and seeing empty eyes reflecting back at you creates that eerie feeling.”

Episode 27: The Alternative Factor. The Beatles’ musical fantasy film Yellow Submarine meets the The Who’s rock musical Tommy in this print. Ortiz notes, “Lazarus’ time ship reminded me of the Beatles’ yellow sub, so I went with that in mind and with the sea of holes representing the doorways through time.”

Episode 70: Let That Be Your Last Battlefield. “Before I upset any fans,” explains Ortiz, “I intentionally flopped the colors so that the white and the black could face each other.” He adds, “I used the exact same face for both faces, which I hope demonstrates the absurdity of racism. I kept the faces as simple shapes so that the rage between the two, defined by the touches of red, would translate better.”

The set and all others that follow in this series will be available for a limited time only. None will be repeated or reprinted after they’re gone.

Star Trek fans rejoice! Your favorite episodes are here – or soon to come. All four prints in Set 3 are just $34.95.