SDCC 2016 – Mezco Exclusives Include One:12 Batman, Thundercats, and More

It looks like Mezco is set to have one of the most diverse and cool set of collectibles this convention season.

The One:12 Collective has already shown our BvS Armored Batman figure at Toy Fair back in February but now we are ready to talk about him in depth (and start putting him up for pre-order). I want to take a moment to discuss the features this figure includes. 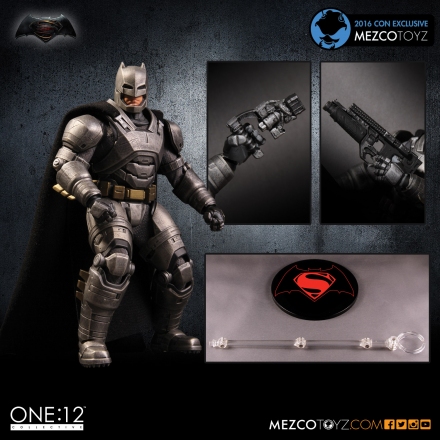 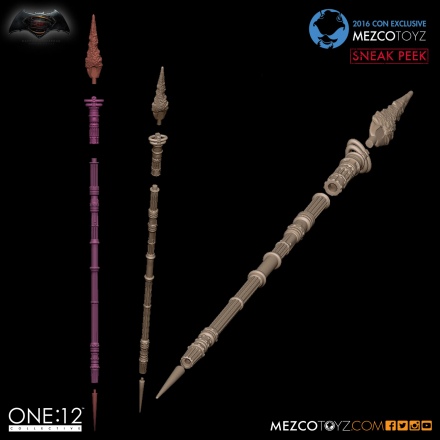 Armored Batman has light up eyes — I think everyone expected that but still we are pretty damn proud of it. Also, components of his armor are cast in real metal, not die-cast metal, REAL metal.

Oh, and speaking of metal, he comes with his anti-Superman weapon of choice — a REAL metal kryptonite spear.

Batman is geared in his cloth outfit underneath his armor just as seen in the film. He includes 3 sets of hands and his heavy-duty grapple gun (different from his standard release version). 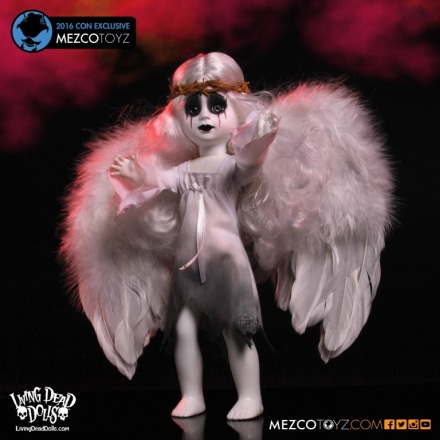 From the funeral sky she descends, from the darkness she arrives. A fan favorite and grail doll to legions, this summer sees the Resurrection of Rain.

Continuing in our single Doll Resurrection series, Rain was an easy choice for us when it came time to develop another beloved character for this deluxe edition. Rain is such a personal doll that we wanted to stay true to the characters original concept, while still giving her an updated look. She comes cloaked in a simple gown with feathery wings of ghostly white. Upon her head sits a crown of thorns leaving marks of the pain she endured streaming down her forehead and crimson tears that leak from her glass-like eyes.

This is the first time any variation has been made of Rain. She is one of the most sought after Living Dead Dolls ever produced. Here is your chance to own her Resurrected. Don’t miss out!

The doll will be up for pre-order here starting June 8, 2016 as well as for sale at our booth at San Diego Comic Con. 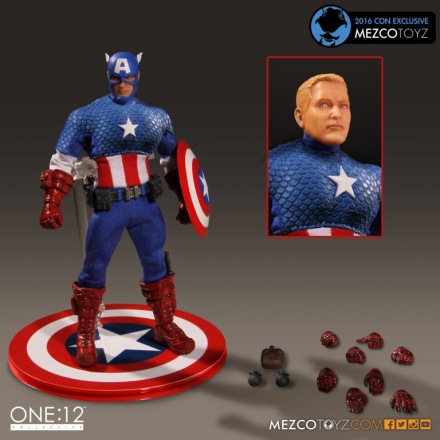 Another one of our Con Exclusives this year is the One:12 Classic Captain America figure and he has some cool features that will only be available with this version.

Let’s start with the classic color palette of his uniform: with bright, bold reds, whites, and blues and scalloped chest armor, there is no mistaking that this is the version of Captain America that is from days past.

Cap features a completely new head sculpt of his retro winged helmet and comes with an alternate unmasked head. He of course comes with his trusty shield (which some would argue defies the laws of physics), a boot knife which sheaths nicely in his, well…boot, a shield harness, and a bunch of different hands for posing, fighting, and throwing his star spangled disc.

Aside from all of that, this version comes with even more. There are strong micro magnets embedded in his upper gloves and harness that connect with a magnet in the underside of his shield. Most importantly, he comes in a deluxe round tin package with his shield insignia printed on the top. Open the tin case and you will find the super soldier transformation chamber where through the magic of lenticular animation you can see Steve Rogers change from scrawny weakling to heroically large proportions right before your eyes. 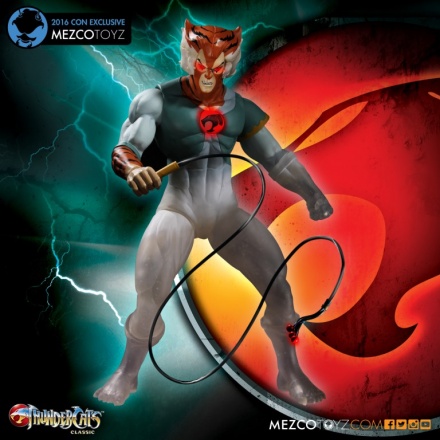 Heeding the call of the Sword Of Omens, Tygra’s eyes flare as he sees the ThunderCats signal projected in the sky. He’s off, across the battlefield, bolas in hand. The Mutants think they have him. They out number him twenty-to-one and they all have weapons of stone and metal, all he has is his whip — and his wits. He jumps, seems to flicker in mid air, and then he’s gone from sight. Before they know what’s happening, an invisible assailant is dismantling their forces from within their midst. Moments later, the mutants are in a heap, with no clue what hit them. Tygra phases to visibility again and smirks. 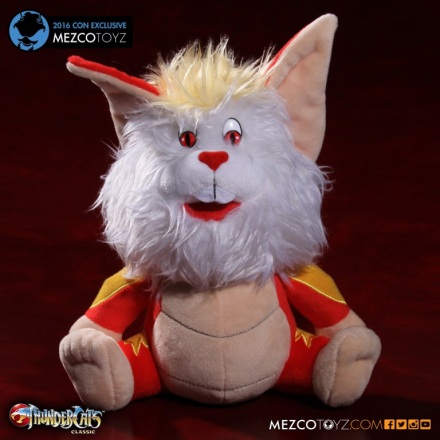 Celebrating the fan favorite “Mad Love” story line from both the comics and the animated series, our Convention Exclusive Mad Love Mez-itz bring a little of that much adored story right to your own mad little world. Featuring Harley Quinn and of course, her homicidal honey, the Joker, you are free to pose them or act out any of your favorite scenes from this infamous love story. They won’t mind; they’ll be too busy plotting while your back is turned.

Love — it stirs a little madness in us all.

The set will be up for pre-order here starting June 8, 2016 as well as for sale at our booth at San Diego Comic Con. 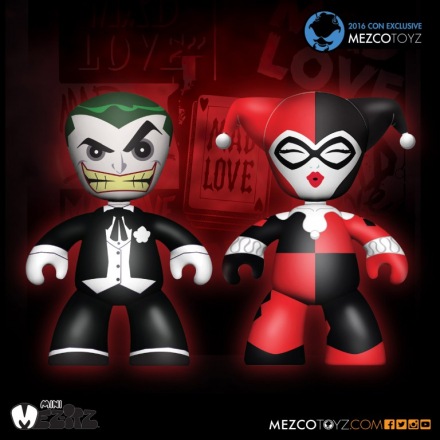 The Snarf plush stands a snarfing eight inches tall and comes with an informative hang tag. Huggable and soft, he is ready to snuggle and watch TV or stand sentry over a ThunderCats collection — while snarfing, of course.

The plush will be up for pre-order here starting June 8, 2016 as well as for sale at our booth at San Diego Comic Con.

Even if you can’t make it to Comic Con, you can still order all of these great collectibles on their site, HERE.