In a team-up of titanic proportions, Toys“R”Us is partnering with Entertainment Earth to distribute official San Diego Comic-Con merchandise this year!

Marvelous Team-Up Offers Items Online at Toysrus.com and In-Show at Entertainment Earth Booth #2343 with a Special Appearance by Todd McFarlane

Attention Marvel Zombies, members of the DC Nation, video game fanatics and everyone else descending on San Diego: Starting Wednesday, July 22, Toys“R”Us will turn its attention to Comic-Con International, for the first time ever, with a quartet of official SDCC exclusives during the show’s preview day. In a team-up of titanic proportions, Toys“R”Us is partnering with Entertainment Earth to distribute official San Diego Comic-Con merchandise, including toys based on characters from HALO, Sonic The Hedgehog™, the DC Universe™ and Marvel Comics™.

As an added bonus, fans not attending the show can also find Toys“R”Us San Diego Comic-Con merchandise online at Toysrus.com/Collectibles.

But, beware true believers, each item is a limited in number! So, fans should visit Entertainment Earth at booth #2343 or Toysrus.com/Collectibles early to purchase the below action figures.

Blasting out of the iconic video game, HALO, this Spartan features the highly coveted Recon armor, along with a Bomb, Gravity Hammer and Sword Hilt. Not only is this action figure a limited edition, this Grifball Spartan character represents the first time an action figure has been created based on the Grifball game.

Grifball Spartan is available for $17. 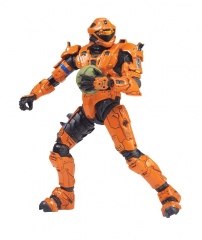 Ripped from the pages of the best-selling Dark Avengers comic, the latest Marvel Minimates box set features four of the villainous Avengers team formed by Norman Osborn, the former Green Goblin. Featuring Norman Osborn as Iron Patriot, Noh-Varr as Marvel Boy, Venom as Spider-Man and Daken as Dark Wolverine, this set is perfect for fans of the Dark Reign currently falling across the Marvel Universe.

Dark Avengers Minimates are available for $22. 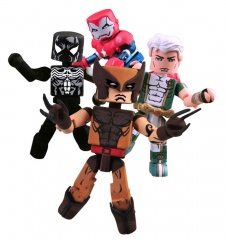 This exclusive action figure will be running out of Comic-Con faster than a tachyon pulse. Capturing the “lightning in a bottle” excitement of Barry Allen’s return from the grave, this 12-inch figure from the Giants of Justice line showcases the classic version of the Flash.

DC Universe™ The Giants of Justice™ The Flash™ action figure is available for $44. 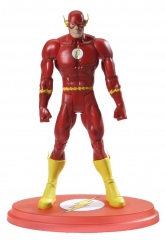 Spinning directly out of his hit video games, Sonic the Hedgehog is back as an exclusive JUVI (Jazwares Urban Vinyl). This Comic-Con exclusive features a “metallic” finish on the never before seen fan favorite character, Metal Sonic!

Metal Sonic is available for $17. 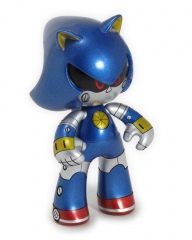 All Toys“R”Us San Diego Comic-Con exclusives are limited editions and are available on a first-come, first served basis.