Remember the John Hughes movies? “Breakfast Club”, “16 Candles” and such? If you know what I’m talking about, then you’ll know the flavor and tone of this movie. 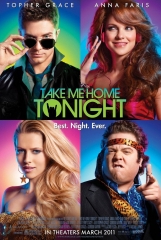 I haven’t gone to see a movie in a while so it was nice to be able to use the Fandango tickets we bought during some promotion. I didn’t know what I wanted to watch. That’s when the preview of the movie came on TV and I nearly died laughing. Yup, constant bombardment with movie previews works on me, friends. So does having a killer soundtrack to really reel me in. Nothing like playing 80’s music to get my attention. Yup. Works every time. I love the 80’s.

If you want a cute date movie (bonus points if you grew up in the 80’s), then this is it. If you’re looking for some cerebral mind trip into realms uncharted, you might want to skip this popcorn and cotton candy morsel.

Here’s a taste of the movie courtesy of IMDb and a summary written by an anonymous poster :

It’s the late 1980s, when Wall Street is riding high, and it seems as if the entire country is cashing in on the bumper profits. Disgusted with the materialism that surrounds him, Matt Franklin, a brilliant young MIT graduate, has walked out on his well-paid position at a local lab and taken a low-level job as a video clerk, much to his father Bill’s consternation. And the crises keep piling up in Matt’s life. His best buddy Barry has just gotten fired from his job, his brainy sister Wendy is getting hitched to her vapid boyfriend Kyle, and the gorgeous Tori Frederking, long-time object of Matt’s unattainable adoration, is suddenly back in the picture. Now, on one wild, woolly and irresponsible evening, everything is coming to a head, with explosive results. 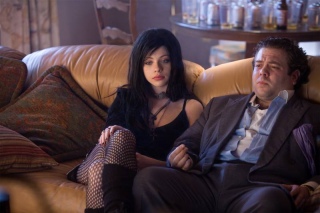 Remember the John Hughes movies? “Breakfast Club”, “16 Candles” and such? If you know what I’m talking about, then you’ll know the flavor and tone of this movie. It’s full of high school angst….even though the characters are at least 4 years post high school graduation. If you don’t know John Hughes and his work, it’s a bunch of teenagers grappling with issues of growing up, self identity and all the craziness that comes with raging teenage hormones. It’s about figuring out who are you are a man / woman and facing down your fears. It’s about finding your path and scrounging up the courage to take the first step.

What made me smile is how the movie is about the 80’s using a style that was popular during the same time period. I thought that was pretty clever whether or not that was the intention.

Welcome To The Jungle

You know what the funniest part of this movie was? It was seeing and hearing all the crazy things I loved about that decade again. The songs are ones I remember but best of all was the FASHION! I was 8 or 9 back in 1988 (yes, I just realized I gave away my age) so I wasn’t allowed to wear those clothes, do my hair in that style nor was I allowed to go to house parties in which drugs, rampant sex, alcohol and a crazy metal ball were heavily featured. I do remember hearing my older family members talk about the parties they get to go to and I was transfixed.

This movie perfectly summed up the experience for me. The producers and directors did a really good job getting the feel of the time correct, right down to the details in the yearbook during the introduction credit sequence.

The only thing I could personally identify with in the entire movie (besides knowing what a first kiss with someone you really like feels like) were owning a copy of Guns N Roses “Appetite For Destruction” in cassette form and going into a store similar to the Suncoast one. Back in my day, it was Sam Goody. That’s the one I went to a lot in the mall. 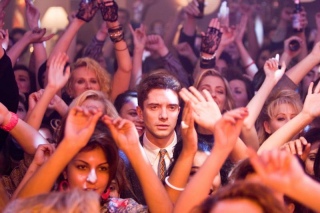 Topher Grace is completely believable as a disillusioned MIT nerd. I don’t know what it is….but he’s GREAT in that role! I love the geeks. By the way, don’t be fooled by the uber preppy outfit he wears most of the night. The man is packing a decent eye candy body underneath all the yuppiness.

It was nice to see Anna Farris in a role where she isn’t playing a slightly off-her-rocker character. I’d say this character along with Samantha James in “Just Friends” are my favorite Anna Farris ones.

Michael Biehn….oh, Michael Biehn….I used to have such a huge schoolgirl crush on him when I was little. He reminds me a lot of the kind of dad my friends have. Very stern and strict with high expectations for his kids along with a healthy side of a sense of humor.

The hands down favorite in this movie is Dan Fogler as best friend Barry Nathan.

I don’t advocate drugs nor do I do drugs….and man, oh man, after watching this movie, I know for damn sure I will never do drugs.

He is absolutely out of his friggin mind most of the movie doing the craziest things you can think of while hopping house party to house party all because he was on a crazy cocaine high. Granted, he didn’t do cocaine until he stole the car….but still. Amazing what getting fired and snorting enough white powder to melt your brain can do to liven up a night.

Take Me Back To The Paradise City

Here are some of my favorite moments :

– Topher Grace and Dan Fogler right after they stole the car. Two white, yuppie looking guys in a freshly jacked, cherry 1989 Mercedes-Benz 560SL convertible rapping along to “Straight Outta Compton” by N.W.A.? It doesn’t get much better than that.

– The dance off between Dan Fogler and the outrageously dressed boyfriend. Again, I don’t find drugs humorous…but, man, Dan Fogler is hilarious when his character is full of the white pony.

– THE FASHION!!! I know I mentioned this but I bring it up again because I. Cannot. Believe people used to dress like that AND I THOUGHT THEY WERE SO COOL!!! I look at it now and I’m like “….wow…..people actually wore that back in the day with hair big enough and saturated with enough cans of hairspray to both burn a hole in the ozone along with doubling as a bug catching screen.

– The scariest part after I was done cracking up over the fashion statement is realizing that the influence of the 80’s is in full swing. Don’t believe me? The Oakley sunglasses, leggings, oversized shirts / sweaters and leg warmers are all courtesy of the 80’s. I’m just waiting for the insane shoulder pads and the baby bangs to make their appearance again.

All in all, I really enjoyed hearing the music, seeing the clothes and all the artwork in the yearbook segment. I walked out of the theatre humming “Take Me Home Tonight”, kind of wishing I was in my 20’s and at that party.