Before all your Final Fantasy geeks wet your pants in delight, there are a few things you’d need to know first… yes, prepare for disappointment. 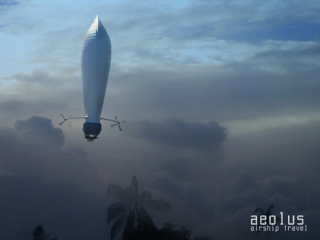 It sounds like something out of a Final Fantasy video game, but Christopher Ottersbach’s concept Aeolus airship may soon become a reality.

The Aeolus airship can fit two to four passengers with the potential to travel for two weeks filled with helium. Entirely self-contained, it requires no infrastructure and “additional thrust and steering is provided through the crew’s pedal-powered propulson.” Because of its helium based “fuel”, not only is it non-flammable and non-toxic, but it also emits zero carbon emission. Truly going green has never been this awesome.

Ottersbach’s concept airship does have one pitfall however. It requires helium, which is an element that is finite similar to oil. And we all know how that will turn out… In summary, the Aeolus Airship is basically a bicycle you can ride around in the sky, if you’re filthy rich or enjoy the idea of being filthy rich and going green. 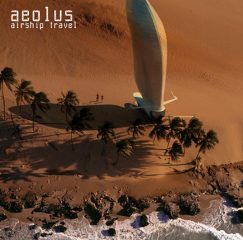