I Scream, You Scream, We All Scream For Poop Cream

The restaurant manager and chef both say that the family is… well… full of crap. 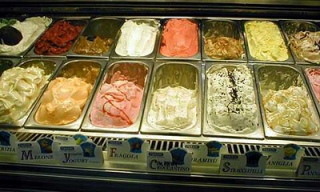 This just in from Reuter news service. A big fight has broken out between one of the largest tourist pub’s in Sidney Australia, and a family of five who are claiming the restaurant served them gelato with human feces in it after they complained about noise during a football game.

The local government food minister, Ian Macdonald confirmed that there was in fact crap found in in the chocolate gelato, thus explaining why the family became violently ill.

“The stench went through my nostrils, I retched and spat it into the napkin,” Jessica Whyte told the Daily Telegraph newspaper, recounting what local media are calling “gelati-gate.”

The restaurant manager and chef both say that the family is… well… full of crap. In fact, they have volunteered to take DNA tests.

Lab tests are now being done as allegations are being flung like so much poo in a monkey’s otherwise idle hand. One way or another, they’ll figure it out. After all, the proof is in the pudding.