For Shame Limbaugh, For Shame 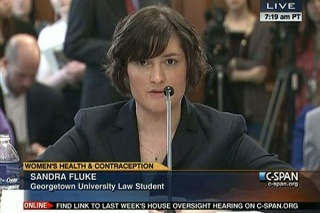 I just got back from my honeymoon. It was bliss. Being isolated on the paradise of isolated islands known as Tahiti, I was removed from a bunch of things happening back here at home.

Those of you who know me from YBMW and around the net, you know I usually don’t comment too much on politics or religion in general. However, what I learned recently has prompted me to make a rare post on the topic.

For all of you who may have still be confused on the matter, I am a woman. I am proud of who I am, how I was raised and all the lessons I’ve learned along the way on how to be not only a good human being but a wonderful woman.

A couple of the lessons I learned could be summed up from what I was taught by my mother, my family and in pre-school and kindergarten :

Given the recent (and current) firestorm surrounding Rush Limbaugh, it would almost seem like the man either didn’t attend pre-school, kindergarten or simply didn’t learn these lessons.

I firmly believe in our Constitution and every American citizen’s right to free speech. But calling a woman a slut and prostitute because she’s making an argument for birth control? Saying things like if we are to subsidize a woman’s birth control, then she should post sex tapes of herself because we deserve to get a little action for our contribution?

Why stop at that? Why not demand the recipients of ALL government subsidies post videos of themselves using the products they receive? You know, tit for tat and all of that.

….ehehehe….I said “tit”. Oops. Does that make me promiscuous because I use sexy language?

Perhaps Mr. Limbaugh should go to school (or at least do a quick search on Google) and educate himself. Birth control pills aren’t just to prevent conception. I understand not everyone has a friend like Ms. Fluke who has lost an ovary because she did not have access to birth control pills. I understand not everyone went to either medical school, nursing school or pharmacy school and learned that medications can be used for their side effects. Need I point to people who abuse the sizzurp?

However, I do not understand how it was okay to come out swinging without even arming yourself with basic knowledge about the subject you’re ranting about.

I think Michael Moore said it best via his Twitter account when he said “Rush – As soon as u started losing the big $$ from your hate speech, you caved & obeyed the men who pay u. Who’s the prostitute now, bitch?”

I couldn’t have said it better myself. In the spirit of hitting Rush where it hurts, I have decided that I will not support the companies that support his show. Here’s a list of them. FYI, Carbonite has pulled their support already and that information is not reflected as of today on that site and had the classiest kiss-off statement I’ve ever read.

In case you missed it, here it is :

No one with daughters the age of Sandra Fluke, and I have two, could possibly abide the insult and abuse heaped upon this courageous and well-intentioned young lady. Mr. Limbaugh, with his highly personal attacks on Miss Fluke, overstepped any reasonable bounds of decency. Even though Mr. Limbaugh has now issued an apology, we have nonetheless decided to withdraw our advertising from his show. We hope that our action, along with the other advertisers who have already withdrawn their ads, will ultimately contribute to a more civilized public discourse.

Luckily, my mama didn’t raise no fool. Shame on you, Rush Limbaugh. Shame on you. You are a menace to society. I hereby declare you worse than Paula Deen. You and Rick Santorum.

Bonnie N. Clyde is a writer for YouBentMyWookie.com and the alias of the Supreme Commander / Ultimate Destroyer. When she doesn’t double as a “feminazi” in the next Austin Powers movie, she writes in her blog over at MissBonnified.com