What comes to mind when you think of action movies? For me the first thoughts that pop up are Bruce Lee, Donnie Yen, Jet Li, Ong Bak and of course Jackie Chan. 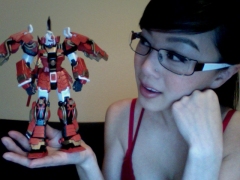 What comes to mind when you think of action movies? For me the first thoughts that pop up are Bruce Lee, Donnie Yen, Jet Li, Ong Bak and of course Jackie Chan. These guys don’t just act, they live, breathe and make us wanna fight like them after watching one of their movies. That makes them so much more appealing and awesome to watch. If you like action films, you can’t get anymore raw and realistic than martial arts flicks from the legends themselves. This week I’m kicking off the top 10 best Martial Arts Movies ever made!

Fist of Legend with Jet Li is everything you can ask for coming from Jet Li. One of his best films to date, this movie is also unquestionably Yuen Woo-Ping’s most superb work. The result is dynamic, a fledgling storyline woven together by brutal punching, kicking, grappling and numerous weapons combat. If you want to see Jet Li walking into a Japanese school and PWN’ing everyone, you need to watch this. I can say at least 3 fight scenes in this movie can be placed in Martial arts most rad list! 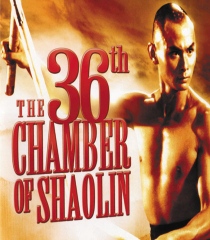 This movie is indeed a classic and is for those who are curious in the origins of Shaolin and its varying techniques. This movie takes you through the 35 chambers and reveals the creation of the 36th chamber. A must see for any fan of Shaolin. The detail in the training sequences will make you freak out a bit, and the fighting choreography is insanely skilled. By the end of the movie I wanted to move to China and become a Shaolin Monk.

A piercing action film that uses dangerous Thai boxing. There is no filler of fluff and its definitely not for squirmers. In this film, Tony Jaa redefines martial arts and also makes his mark. This is by far the best Ong Bok film released.

If you love comedy and martial arts, you will love this classic. Legend of the Drunken Master had a well balanced plot which had loads of comedy, drama, awesome kung-fu scenes and above all it had Jackie Chan. His charisma in this movie pretty much shows you his comedic potential, along with his sadistic form of drunken Kung Fu. Also he was completely willing to harm himself to make this movie and to make the meticulous stunts. If you’ve seen Kung Fu Hustle, this is for sure the one to watch that’s gonna make you think twice about Jackie Chan’s funniest movies he’s ever made. 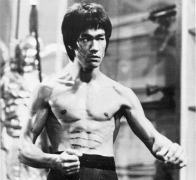 One of the best action movies of all time that starred none other than the Legend himself, Bruce Lee. Lee was at the peak of celebrity during the release of this epic film. It was the first martial arts movie that was cast and directed in a Hollywood studio. A mind bending tale, and a bloody Bruce Lee facing terrors, and fight scenes to overrule any movies to this day. It was also the last completed film in Bruce Lee’s career. One to watch over and over again, without hesitation, and a must see.

Magnificent Butcher takes you on a martial arts journey of a young butcher that is accused of crimes he did not commit and the ridiculous lengths he goes in order to save himself from the offense. This is one of Sammo’s best performances early on in his career. Woo Ping’s directing skills at their finest.

Five Deadly Venoms is another cult classic made in 1978. It is well thought out to be an intriguing and superbly acted tale of mystery, corruption, betrayal and heroism. And, considering that THE 5 DEADLY VENOMS is just about the first film of its kind, whose strong influence still looms over all of pop culture, its a sure shot if you haven’t seen this, you pretty much haven’t watched anything!

Another Movie that stars action star Donnie Yen as an Eastern variation of Robin Hood (steal from rich, give to poor) versed in the arts of the Iron Monkey. The masked hero tries to overthrow the corrupt mayor of the city, all the while a bounty is peering over his head. The fights are innovative and intense. Whether they’re a whirlwind one-on-one duel or one of many struggles featuring multiple combatants, it is a true fight of the Kung-fu Masters. When you thought you’ve seen it all, it’s just the beginning. 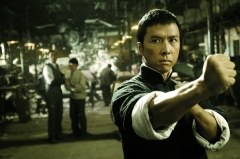 Only one world to say about this movie, ATSRONOMIC! I can say this is one of the best movies ever made; a masterpiece second to none. Ip Man’s martial arts choreography with raid punches and pleasing story line were congruent with the teachings of Wing Chun. Donnie Yen plays Ip Man, Bruce Lee’s master to perfection, Gung Fu. This movie is beautiful and the imagery is realistic. It gives insight into the man who set Bruce Lee on his road to Worldwide acclaim and Godlike existence. A shot of this will make you a fan of Donnie Yen’s work. Ip Man will be top on your list of favorite movies for sure.

The phenomenon Bruce Lee, the man who had started the whole martial arts revolution on screen and made it a household name ends off this list. No one compares to him when it comes to understanding the arts and how to project it on screen. His sense of choreographing fight scenes is still unmatched in the world of cinematic martial arts. This is the one simple reason what makes ‘Return of the Dragon’ the most exceptional of Lee’s movies. The climatic battle scene with Chuck Norris remains the best-choreographed karate showcases on screen. Unlike ‘Enter the Dragon’, this movie didn’t have a host of big-name martial arts stars like Jim Kelly, Yang Ze, and a ton of others. It had a relatively unknown Chuck Norris,although after his reign as a seven-time US Karate champion, but after this movie, it did make Norris a household name. Return of the Dragon remains Lee at his best, without all the glamour and high budget spectacle of Enter the Dragon. This shows why Bruce Lee is the KING, and always will be!

In light of this, I finished my Master Grade Shin Musha Gundam in lucky Chinese New Years Red! (although he’s a Samurai, he likes to celebrate Lunar New Years like the rest of us) Hopefully he doesn’t go off and kill any rabbits! ^__^ 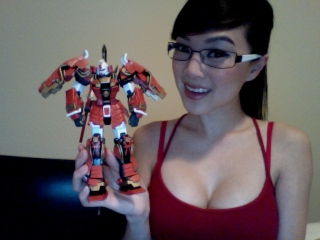