Ryan Kwanten stars as “Eddie B”, a journalist in New York City, who is being followed by a French documentary film crew.

Last year, Joe Lynch wowed fans at Comic Con with the release of his unofficial Punisher film, Dirty Laundry, starring Thomas Jane. This year, he revealed his newest film in a series of what he’s calling his “Bootleg Universe” and it is definitely worth taking 15 minutes out of your day to check out.

This time around, Lynch has picked Ryan Kwanten to star as “Eddie B”, a journalist in New York City, who is being followed by a French documentary film crew. There is a grittiness to the film that is on par with Dirty Laundry, and that hits a lot closer to the source material than Marvel has done themselves on movies like Punisher and Daredevil.

I’m not going to spoil it, but you can probably guess who Eddie B is. He isn’t the only character you’ll recognize though. Be sure to keep watching the after credits scene for the appearance of another famous Marvel alum.

I am seriously hoping that his next film is about a blind Hell’s Kitchen attorney with red hair. 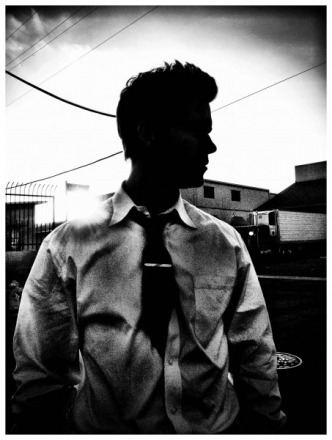