After 34 Years, Long-Running ‘Cathy’ Comic Strip Coming To An End

“After almost 34 years of meeting newspaper deadlines… I’m facing some personal deadlines whose requirements simply exceed my ability to procrastinate any longer. 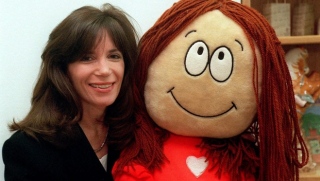 After 34 years, the popular syndicated comic strip “Cathy” is coming to an end in October.

Cathy Guisewite, the 60-year-old creator of the comic strip, tells the Chicago Tribune she is calling it quits to spend more time to spend with her family, particularly her 18-year-old daughter.

The strip, which dealt with the daily ups and downs of a career-oriented woman looking for love — and a bathing suit that would fit — first ran in 1976.

The comic has won several awards, including a 1992 National Cartoonists Society’s Reuben Award and an Emmy Award for Outstanding Animated Program in 1987, and at its height appeared in 1,400 papers.

“Over the decades,” Guisewite tells the Tribune. “I have been in various states of denial about how much of me is actually in her. But definitely the weak and triumphant moments in Cathy’s life are right out of mine.”

She tells the newspaper that she decided to try her hand at a comic strip three decades ago at the urging of, who else, her mother.

The final “Cathy” strip, will run in newspapers on Sunday, Oct. 3.

“It was just such a privilege to be able to be that voice for women,” she said.