The Attack on Titan experience is still pretty much under wraps, but we know it will include two full-sized Titans, one male and one female, each between 46 and 49 feet tall.

It looks like anime and video game fans might have a new mecca in Universal Studios Japan. The theme park, which already has their own version Harry Potter’s Wizarding World, is now adding “4D Real” attractions based off the popular mangas/animes Neon Genesis Evangelion and Attack on Titan, as well as super popular videos games Monster Hunter and Biohazard (Resident Evil).

The theme park has now teased the attractions with new videos on their Twitter feed. You can check them out below. We also were able to track down a description of the Evangelion attraction from Screamscape:

The latest buzz about the Universal Cool Japan attractions claims that the 4D Evangelion attraction will be set up inside the park’s existing 4D theater, which already has seats that can move along with wind, water, scent and smoke 4D effect generators. The attraction will have a custom made story about how the park guests are seeking refuge inside an underground shelter just as an “Angel” attacks and EVA-01 launches to defend them, catching the guests in the middle of the giant mech battle.

Meanwhile, the Biohazard attraction appears to be a lot more interactive, with park goers wielding shotguns in a simulation of an outbreak that they’ll have to escape.

The Attack on Titan experience is still pretty much under wraps, but we know it will include two full-sized Titans, one male and one female, each between 46 and 49 feet tall.

The attractions will also feature plenty of exclusive merchandise and exclusively themed food. You can check out a couple pics below. I’m not sure what the Biohazard food is, but… holy crap is it freaky. 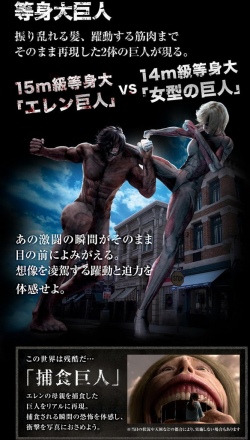 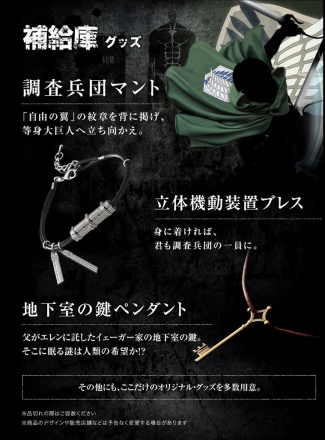 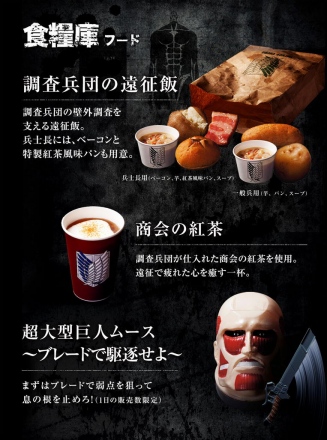 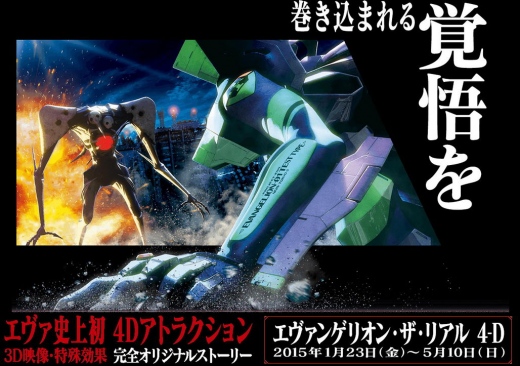 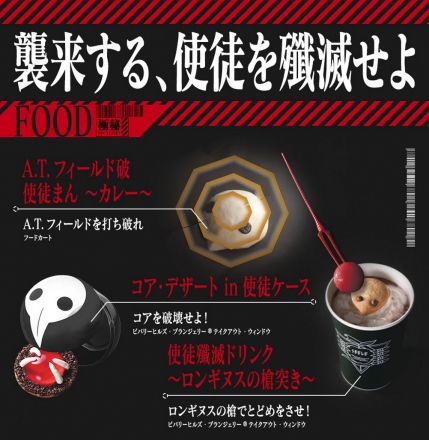 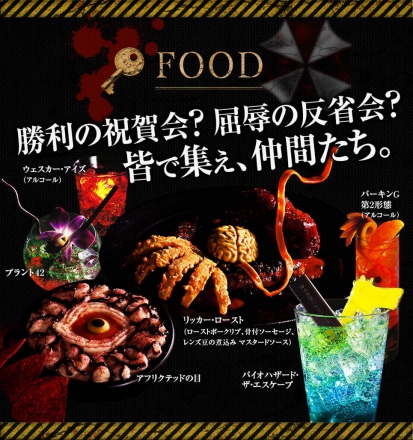 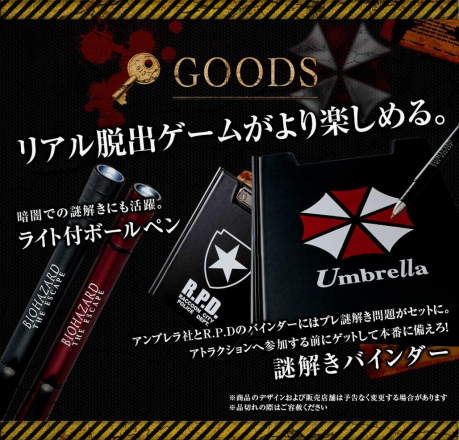 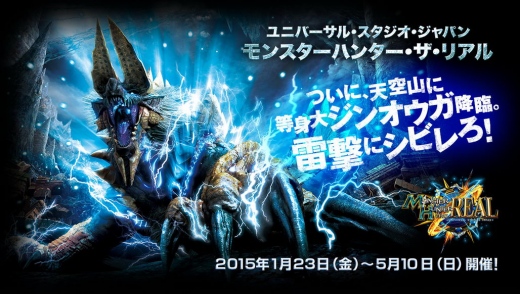 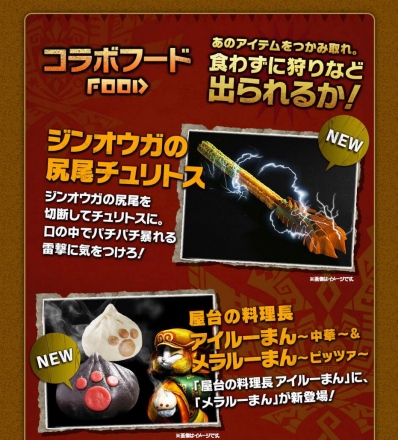 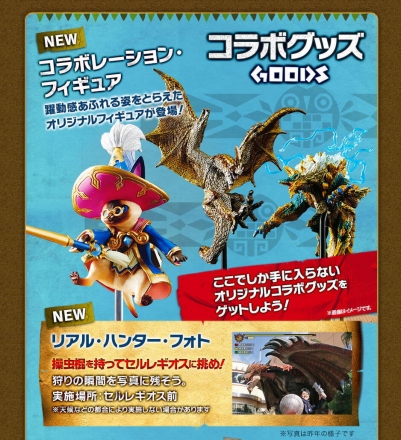