Adventureland’s Martin Starr chats with us about “the biz,” his future plans, and how he’s proud to be a geek. 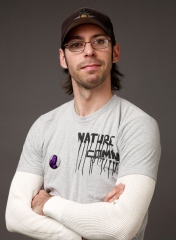 Recently, YouBentMyWookie had the chance to chat with the Santa Monica native Martin Starr, who plays Joel in the upcoming Greg Mottola movie “Adventureland” which we’ve reviewed. Starr is perhaps best known as Bill Haverchuck from the short-lived NBC comedy-drama “Freaks and Geeks,” as well as a number of guest appearances and smaller roles in movies such as “Knocked Up,” “Superbad,” “The Incredible Hulk,” and “Good Dick.”

Sitting in with us was also a reporter from The Stanford Daily (TSD).

TSD: In the film, you play a “pipe-smoking, Russian literature loving, drolly philosophical game-booth worker.” In what ways do you identify with this character?

MARTIN STARR: He’s definitely well thought out – very neurotic with very low self-esteem, which is somewhat related to the poverty stricken circumstances in which he grew up. You know it’s so easy because he feels similar to “Freaks and Geeks” and Bill — he’s kind of like the every man. He’s the guy that you find yourself to be more often than not, especially if you have a pessimistic attitude, which is just the guy, sitting there, watching everything unfold and wanting to be a part of it and not having the self-control to just do it and the self respect to just go over and do the things you want to do. You’re so scared of living almost, so it’s easy. I don’t know. It’s easy.

STARR: I feel like you are always playing some part of yourself in order to do it in the first place. You read a script and you get a feel for a character. I went in to audition for Greg [Mottola] I just kind of, you know… I listen to a lot of 80s music, but I love that any way, so it’s not different than a normal day I guess, almost. But you know, I audition for Greg and I thought it was horrible. I thought it was the worse audition, and you he liked it. And so I was like okay, so I’m onto something. I ended up getting the part that I had two days to prepare for. That was the foundation for what ended up on film, and then it was just kind of like going over things with Greg and talking things out and feeling comfortable doing everything. 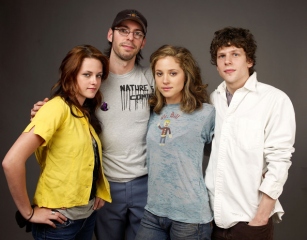 TSD: What in particular attracted you to this script?

STARR: Greg is an amazing storyteller. He has such compassion in directing and writing that all of his characters have here – even Frigo in the movie, who’s kind of a total douche bag. The person that he cast, Matt Bush, who is immensely talented, brought so much heart to him because he’s such a genuinely nice guy; it’s hard to think that’s the guy he picked to be the asshole. You kind of want someone you’re going to hate initially, so that the film all makes sense, but because he had such heart, it made it work so much better. There’s so much history and back-story between the two characters that it works so much better if he’s a human being and not just a complete asshole. I think that’s an immense talent that Greg has: to write and cast and direct people that brings out compassion – he’s such a compassionate director.

WOOKIE: Your character in Adventureland is very similar to some of the other roles that you’ve played that have made you famous. Are you afraid of being typecast or have you ever tried to actively seek out different roles?

STARR: I definitely like trying new things, but I feel like people told me that right after I did “Freaks and Geeks” ten years ago. I didn’t really know what it meant. I was so young and I think I worried about it then, but at this point I am so fortunate to be able to do this anyway. These are characters I loved playing, so I’m not worried about it.

WOOKIE: So it’s a role you’re comfortable in, that it’s your niche and you’re good at?

STARR: I wouldn’t call it a niche. This is just where I ended up. You know there are different things that will happen in the future that I am planning for myself. I mean it’s good to work with your friends and I never really worried about whether this was similar to something else. I definitely try to avoid small details that are identical. I don’t want to say the same line that I said in something else. I just don’t like it. 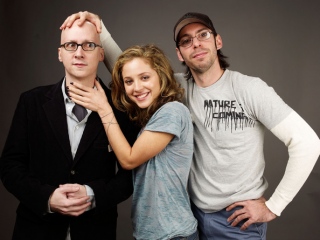 TSD: You mentioned what you envisioned in your future? What does that entail?

STARR: At this point, I’ve been writing a lot more and taking control of my own career. As an actor, it’s very easy to sit back and wait and hope that things happen. They either do or they don’t and it’s not based on talent as is obvious because there are a lot of immensely famous people that I don’t think are talented. Well, I wouldn’t say a lot; there are a few. I think that’s reasonable and that way I’m so vague no one knows who they are.

WOOKIE: We wont ask you to name names.

STARR: (Laughing) I’m not going to go and list them all. But I mean they all must have some good qualities or they wouldn’t have made it as far as they have — and they are probably amazing business people. But I wanted to take control of where my future is, and I found out how much I enjoy the writing process so I have been writing with my writing partner Charlene Yi for the last two years. So we’ll have our first thing finished in a couple of months – so that’s exciting.

That’s part of what keeps me going. I’ve gone through droughts in my life and probably just due to my growth as a human being.

I wasn’t ready, I had years of horrible auditions and feeling bad about myself as a person and allowing this business to have such an effect on me, but now I feel I’ve taken a lot more control over the last two years and it doesn’t phase me anymore if I have a bad audition, because I know I’m my own creator, is that what it is, I don’t know, some famous line.

WOOKIE: You’re pretty much your own being, in charge of your own destiny.

STARR: (Laugh) That’s right, in charge of my own destiny.

WOOKIE: For the cast of Adventureland, did you know any of them prior?

WOOKIE: How was it working with the Jesse, any common grounds — anything to relate to?

STARR: We got along good from the get go. Kristen Stewart wasn’t in town yet so he and I grabbed dinner and talked and bonded immediately. We had about a week of preproduction so we sat around and got to know each other and hung out every night and a friendship naturally evolved. We’re similar people in some level, we’re both kind of neurotic and over-thought out in certain areas of our lives, but we got along great, and that’s defiantly where it has to start in order for any thing to come out on screen as a friendship in my opinion. 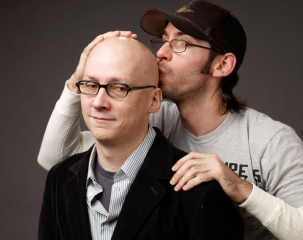 TSD: What got you started in the acting business?

STARR: Well my mom moved out here when she was 19, Jean St. James, when she had me I was maybe six years old. She started to coach me in the direction of acting and I didn’t know what it was, it was just a very vague thing.

When I was a kid, I had… do you remember that movie “Blank Check,” I had like these false hopes of what acting was like.

As a child all you do was get things, and I was a single child, so I was all like “ME ME ME” and then when I was 12 or 13, I started acting class and had just the most amazing experience with a man named Kevin McDermott at a place called Center Stage LA. He’s just an incredible talented human being and a compassionate director. He would coax performances out of people sitting five or ten feet away. I cannot wait until he becomes a director because he’d be very talented. But that’s what made me love acting to begin with and it was mostly improve, drama and comedy.

WOOKIE: Do you consider yourself a geek in real life or do you just play one on TV?

STARR: I am definitely a gamer geek, I would love to call myself a comic book geek but I don’t know enough about comic books to classify as one. My favorite at the moment is [Bill] Sienkiewicz. I read anything he writes. I have the new Thor which I haven’t read yet — but he’s crazy talented.

Ya, I am probably a bit of a geek. Proud to say it.