Check out our Celebration 6 round up and gallery!

Last Weekend, Orlando was invaded by Jedis, Storm Troopers and all manner of Star Wars fan. This was my second adventure at Celebration. For better or worse, I don’t exactly remember my last one from a couple years ago. I was sporting a 104 degree fever and a soon to be ex-girlfriend at the time… who I am pretty sure gave me the 104 degree fever, but I digress. This year’s Celebration adventure was a different kind of trip for me. I spent most of my time helping out in the show exclusives booth, where I was able to help thousands of Star Wars fans find the right souvenir to bring home. Some of the coolest collectibles this year included a throw rug of Katie Cook’s Star Wars Alphabet, Japanese Paper Lanterns shaped like the Deathstar, Jar jar Binks Woopie cushions and, a super awesome Death Trooper statue (a full review of that will be on its way shortly.)

When I finally got a chance to really explore the floor, it was Sunday. Sadly, it wasn’t the best day for cosplay, but I still was able to gather some really great pics for you from the show floor. Along with some people in costumer, we’ve got images of all the amazing full sized replicas that people have spent the last year working on. We’ve got cool pics of a man who came all the way from Japan just to carve vegetables into the shape of Star Wars characters and we’ve also got some great booth photos for you. One of the coolest discoveries that I made during the show was the official Star Wars Slot Car sets that are just hitting the market now and are sure to be a hit with fans this Christmas.

I loved the vibe of the show. I don’t think I saw more than five people the whole time who weren’t wearing a smile (unless they were scowling under their helmets). Celebrities were abound at the show, with several stopping by the exclusives booth (I still can’t believe that I only missed meeting George Lucas by a couple minutes!!!!). Celebration is the only license specific show that I’ve ever been to, but it is definitely a show that I won’t forget.

Check out the gallery below, but don’t think that that’s all we’ve got for you. I’ll also be posting some great pics and news from the Super 7 Booth featuring their new Aliens toys, my full gallery from the Gentle Giant booth, and two amazing galleries of the Greater Florida Adult LEGO club display and the over 150 foot long return to Tatooine action figure diorama. 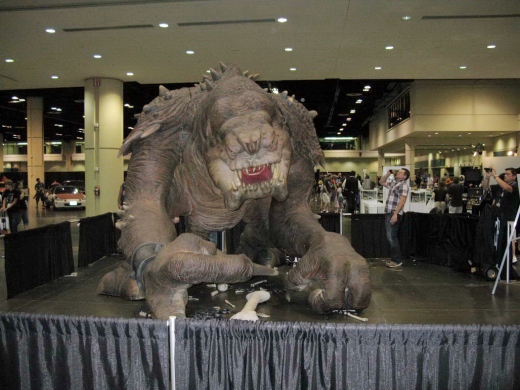 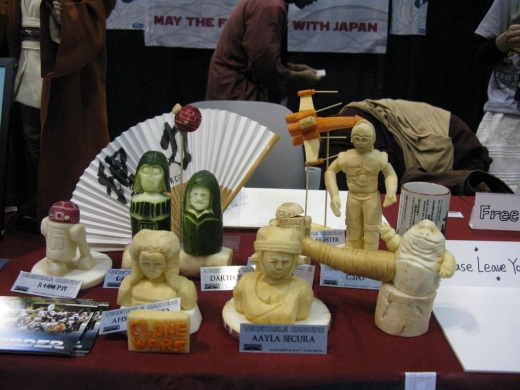 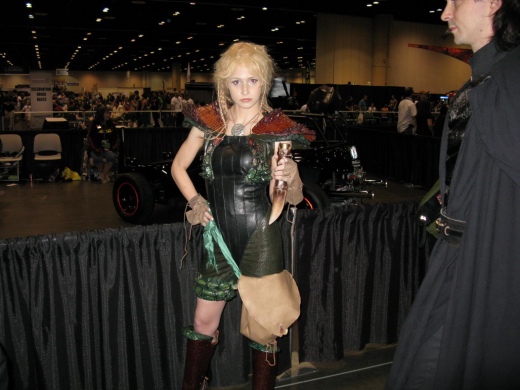 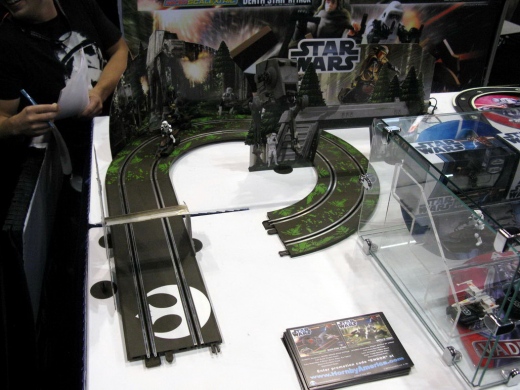