We ask why little girls are so scary, and it’s not because they grow up to become big girls. 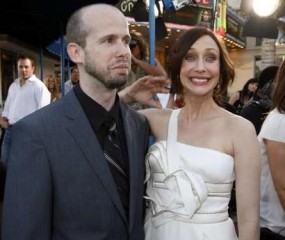 YouBentMyWookie had the chance to sit down with David Johnson, screenwriter of the new summer thriller “Orphan,” staring Vera Farmiga, Peter Sarsgaard and Isabelle Fuhrman. In this exclusive interview here at the San Diego Comic-Con, we ask Johnson all the important questions and find out why “Orphan” is possibly this summer’s most talked about unsettling movie.

YouBentMyWookie: What do you think makes “creepy evil kids” such a viable horror subgenre?

David Johnson: Lots of reasons. Probably the biggest one, is horror deals a lot with psychological [things]. Very psychological genre. Taps a lot into primal stuff, even fear of dark. Things like that.

One of our basic primal instincts is to nurture children, protect children so when, in the movie, the child is presented as the villain, it flies in the face of everything… our instinctive nature and impulses, very unnerving, because you don’t want to have to destroy a child or think they’re bad. It’s very unnerving.

YBMW: So if we watch movies to scare ourselves, and we are the only species that I know of who are entertained by being scared, what scares the ones writing the horror movies?

JOHNSON: For me, the kind of the stuff that I’m writing is what frightens me… which is why I’m writing about it! I’ve been a fan of this genre for a long time.

Usually, if I’m writing and I’m scaring myself, that’s usually what I want to do.

I want to find that thing that bothers me because I’m under the assumption that I have enough in common with enough people where, if it bothers me, then it will hopefully get under their skin too.

YBMW: You’ve done a little of everything in terms of screenwriting, any particular genre you’re most comfortable with or any that you prefer?

JOHNSON: I have to say that my first job – Doc Savage. Kind of like a Raiders of the Lost Arc type movie. That was the one I had the most fun doing. That script wasn’t even like work. It was just fun.

YBMW: What made it so much fun?

I was trying to write one of those… not academy award winning, but just something fun, a great popcorn movie.

YBMW: If that was the one you were most comfortable with, does this mean no romantic screenplays for David Johnson?

JOHNSON: [laugh] Probably not. I wrote my only romantic screenplay in my 20’s, threw it out and that was it. 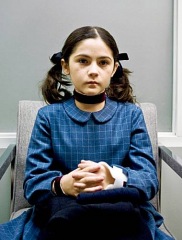 YBMW: Fair enough! So what do you think separates the Orphan from other “creepy evil kid” movies like The Good Son, The Bad Seed or Children of the Corn?

JOHNSON: I think it has a lot in common with them, but when I first started working on it, I went in thinking how is this going to be different because I love those movies but I didn’t want to make one just to make one. I wanted to add something to the pantheon of the evil kid movies.

The thing different about this movie is the family dynamic, the relationship between the mother and the child. The mother child relationship is in The Bad Seed but what I wanted to do was… I liked the idea of how the enemy is IN your home, not necessarily a masked killer breaking in. It’s your daughter sitting across the dinner table from you could be a homicidal maniac.

JOHNSON: And then you have to go to sleep at night and you’re living with the enemy.

YBMW: One of scariest things I can think of is when they’re smiling at you and you just never know what’s going on behind those eyes and in that head.

JOHNSON: That’s actually something I read recently. It said that children live in a completely different world than that we live in. It’s hard to imagine what that world is like, to recall it back, because it’s like a different way of thinking. There’s something kind of alien going on.

YBMW: Word’s out that in addition to scripting Lake Mungo you will be also writing The Colony for Vertigo Entertainment, which some has described as The Birds with bugs. What can you tell us about that?

JOHNSON: That’s a very accurate description. The idea is it takes place on an island, like Catalina, where it’s an island community that starts having bug problems and they start to realize that they’re not on the top of the food chain anymore.

JOHNSON: Whenever I talk about it, everyone seems to have some kind of story where “OMG, let me tell you about the time with this bug” or “this one time THIS happened and…” It’s one of those skin crawling things where I think it’s a lot of fun.

YBMW: Share with us one of your bug stories.

JOHNSON: I’ve had a crazy experience just like that a couple of days ago! I have one those projection screens. I was watching TV and I realized that a spider must’ve crawled on it because I’m watching it on my projection screen. So I get up, got a paper towel to grab it and I’m wiping the screen and it’s still there and I realize it’s inside the television walking up the screen. So now I have a spider living inside my television and I don’t know what to do about that!

YBMW: Lastly what advice do you have for novice screenwriters who want to break into the business?

JOHNSON: Don’t give up. I got my first job 10 years ago and now I have a movie coming out this week. A few years ago, I was attending comic con in the exhibition halls to see what’s being presented and this year, I’m sitting in the press room. Just stick with it because if it can happen to me then it can happen to anybody.

YBMW: David Johnson, thank you so much!

The tragic loss of their unborn child has devastated Kate and John, taking a toll on both their marriage and Kate’s fragile psyche as she is plagued by nightmares and haunted by demons from her past. Struggling to regain some semblance of normalcy in their lives, the couple decides to adopt another child. At the local orphanage, both John and Kate find themselves strangely drawn to a young girl named Esther. Almost as soon as they welcome Esther into their home, however, an alarming series of events begins to unfold, leading Kate to believe that there’s something wrong with Esther—this seemingly angelic little girl is not what she appears to be. Concerned for the safety of her family, Kate tries to get John and others to see past Esther’s sweet facade. But her warnings go unheeded until it may be too late…for everyone. –© Warner Bros